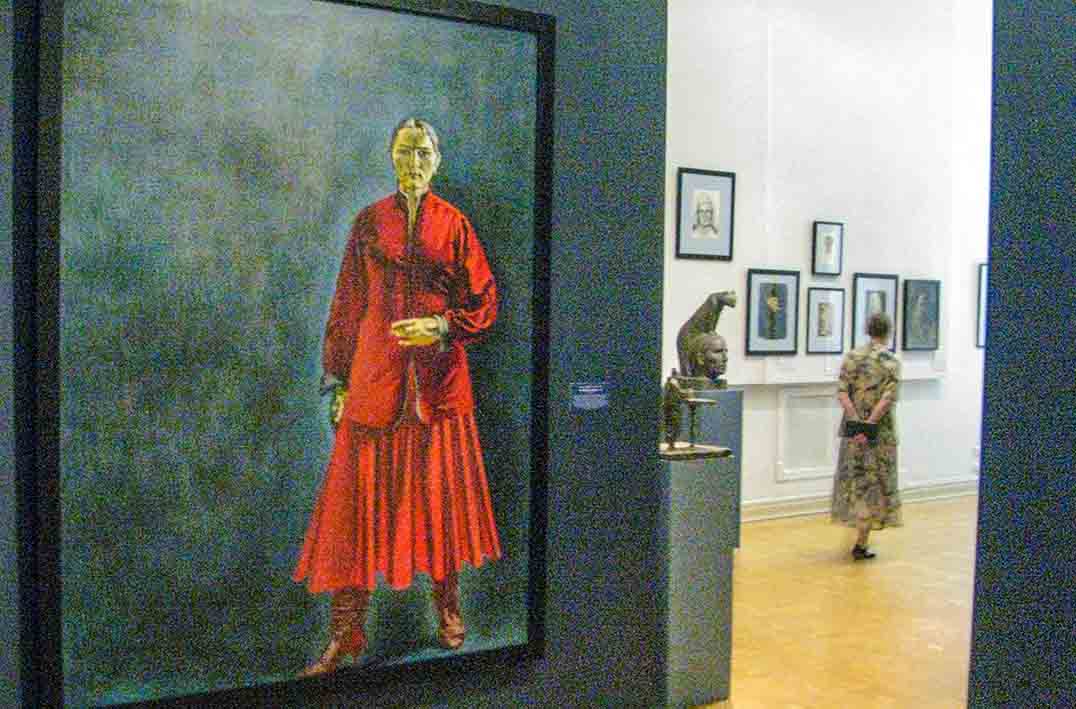 Women, so I’ve read (and seem to observe), are significantly more likely to take ‘selfies’ than men. It doesn’t seem to matter where I go now, but there are crowds, struggling under the weight of a selfie-stick, with some digital apparatus on the end of it.

In a previous incarnation, I was a photographer. This was back in the days when, after the fun part, I disappeared into a dark room, banged the ends of ten rolls of film, threaded each onto a reel, whacked them into two tanks with chemicals, and then started shaking them – five rolls in each hand.  From strips of negatives proof-sheets were printed, then some frames enlarged onto prints. If there were dust spots, sorry, I mean, when there were dust spots, I mixed up a little white paint and Indian ink to get the right shade of grey to paint them out. God – where did all that go?!

Digital has somehow profaned the whole thing. Not just photography itself, but it’s made it so much easier to turn the camera around. Framing and focusing was damned hard  on yourself. Selfies are just too-easy. But there was the time, and still is the medium, when how you presented yourself to posterity, took time and effort.

In the  State Russian Museum in St Petersburg,  I was lucky enough to come across an entire exhibition of self-portraits. Not digital, or photographs at all, but mostly paintings. The exhibition was called (it’s over now)  ‘My own self’.

Right near the entry was one of the oldest self-portraits. A picture of Ekaterina Chikacheva, painted in 1812, the same year as her untimely death, at about 25.

From there on, I wandered through several rooms, engrossed in dozens and dozens of self portraits. They probably covered every decade for more than two centuries. There were more than 200 self portraits in the exhibition – possibly one of the largest collection of painted selfies on the planet. Men, men, men – where were the women? I had to look hard – maybe six artists?  The male:female ratio must have been at least 40:1.

The exhibition of Self-Portraits ‘My Own Self’ at the State Russian Museum in St Petersburg,

As time and the exhibition progressed, there did seem to be a few more women. And perhaps to make up for the few female artists, there were several works shown from some of them. For ex example several self-portraits of the wonderful Zinaida Serebriakova. The first in the series spanning 46 years was a pencil sketch,  drawn in about 1900, when she was just 17. The next was a painting from 1911.

There were also a couple from Valentina Markova, and one of my favourites – a selfie of the contemporary painter Kcenia Nechitailo, which I’ve used as the featured image.

Perhaps there is a simple explanation for the very few women in a huge exhibition of self-portraits – maybe women just didn’t have the same opportunities to paint as men. Overall, I guess not. But, I’m not sure that’s the answer. One of the few options for women of leisure, was painting. So did they tend not to paint themselves in the past? Or is the imbalance something to do with curation?

In any case – what a change! Digital media is one of the great equalisers. The massive difference in gender balance with digital selfies seems to show us a kind of underlying reality –  what people like to do, when they can….