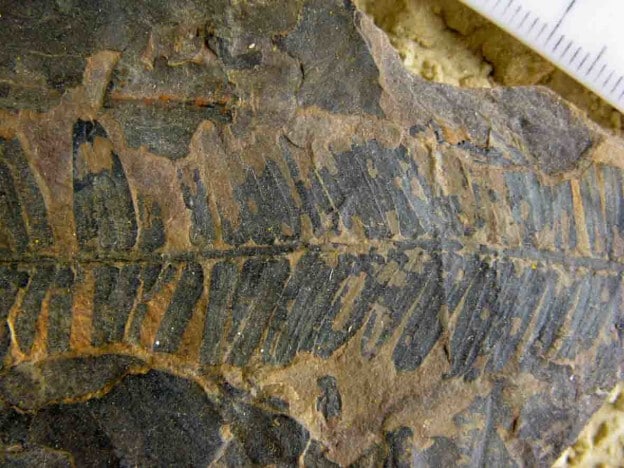 Easter, 1971. The family is holed-up in a tiny home-made caravan at Cole Creek, in New Zealand’s forest-clad South Westland just north of Haast. It’s bucketing-down. We’re there because our Dad has an infatuation with finding the missing backpack of a murdered woman, Jennifer Beard. The pack might just solve the case (the back pack was never found and the case remains unsolved). As the family descended into cabin-fever I popped out during a lull in the deluge to walk along the road cutting on the other (south) side of the Cole Creek bridge. I looked down at the rocks at my feet and at first glance thought what I was seeing was an exceptionally wet leaf – so soggy it had almost melted on to a pebble. I then realised what it was – a fossil leaf on the bedding plane of a piece of shale. It was the first fossil leaf I found. The rain eased up enough for the rest of the family to emerge and discover a large shale boulder closer to the creek. As we split the boulder into layer after layer, a variety of other plant fossils emerged – broad leaves and conifer shoots. There were leaves that looked like beeches, shoots that looked a bit like our own rimu and matai (see featured image). I, not yet 10,  assumed they must be Carboniferous. This was, after-all, the age of the great coal-swamps elsewhere in the world.

More than 40 years later, the fossils remain unpublished, and the place where we chipped away at the boulder is now a young forest of Nothofagus trees. These leaf fossils are almost certainly not of any extant genus (like matai or rimu). Although the rocks are usually mapped as Late Cretaceous, I wonder if they may be Paleocene. They lack obvious araucarian shoots, which were abundant fossils in New Zealand’s Late Cretaceous but seem to have almost disappeared at the boundary with the younger Paleocene. 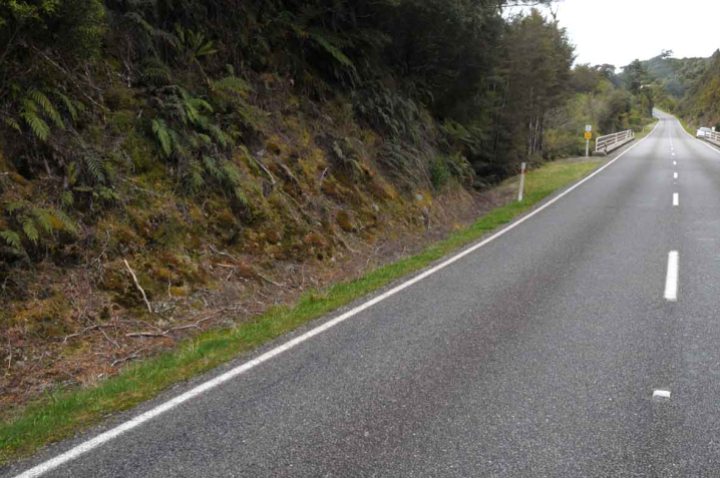 Cole Creek today, looking from the south. The cutting where I found my first leaf fossil is on the left.