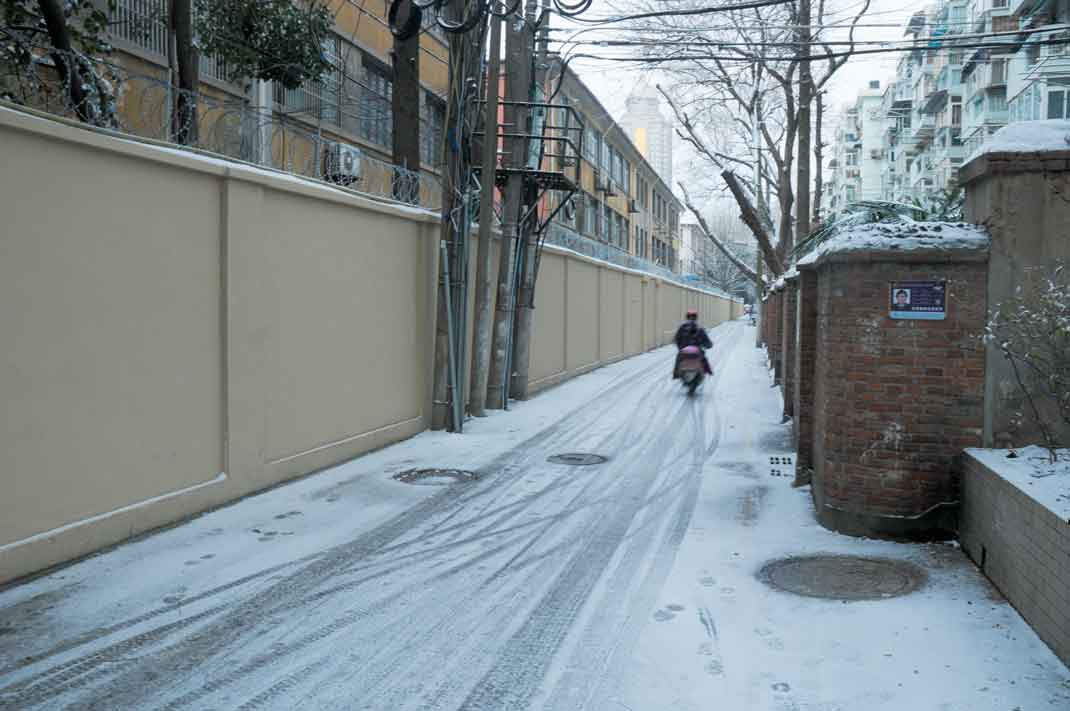 Those who know me will know that I can recount more than my share of what are commonly known as ‘ghost experiences’. They happen after I’ve gone to bed, turned the lights off and am drifting off to sleep. Usually they are the momentary glimpse of a person beside my bed. They can be so fleeting that I’m not at all sure of what I ‘saw’, or occasionally, the image can be a lot more clear. When this happens, it’s as if the whole room is in light, even though it’s almost totally dark. For this reason, they can seem like a ‘flash’, but not a flash in the sense of a burst of light. If you want a mystical phrase, I could say that they seem like a momentary parting of a veil. Most annoyingly, they occur infrequently enough to not get used to them. They happen, I get a jolt of adrenaline, and I’m then (I think) totally awake.

Often these phenomena are somewhat ‘generic’. Like, ‘another one of those darned things – now let me get some sleep!’ But others are more memorable (see my account of a shared ghost experience in Mongolia). One night earlier this year, after going to bed in my mother’s house, I was startled by one such ‘flash’ – the momentary vision of a man standing beside my bed cradling a small dog in his arms. When I later related this to my mother, she immediately asked if it was her late (from over a year before) husband. I didn’t think so, although wasn’t sure. The appearance was, as usual, brief, but even so, I figured I would have recognised him somehow. In any case, their 18 year old dog was still very much alive and well. But would be dead within the week.

The view from my Nanjing apartment window.

Back in 2015-2016, I spent a year in China. My Nanjing apartment was on the 8th floor of a nondescript block near the University. I guess it was around twenty years old  and not the kind of place you might associate with ghosts (though I’m sure Nanjing has plenty). Quite normal people lived there, and sometimes you said Hello in the lift, But like Nanjing in general, people were indifferent. The place was very convenient, being only a twenty minute walk to my office, which, mercifully, only involved one road crossing. At night, the situation was totally different. Directly outside was a narrow alleyway (see the featured image), but in any case – across Nanjing, traffic simply vanished, and there were no sounds of people. It was dead quiet.

My apartment was basically a spartan living-room/bedroom There was a small bathroom and a narrow partitioned–off corner as the kitchen. I never used that, preferring to eat out. Typically I would leave my office at 6:00pm, walk to some place for dinner, then come home. That winter was Nanjing’s coldest in 70 years and I had no heating. In the evenings it got so cold that I bought a hot water bottle, wrapped it and my feet in a towel, and lay on my couch reading. When it got too cold for that, I would retreat to bed.

The view across my apartment from the window to the door. The little kitchenette is on the left.

From the couch I could see sky-scrapers off in the distance, but at night very little city light came through my window. A distant building that continuously changed colour and strobed, was well enough away not to induce psychosis. And dark is the way I like my sleep. One of my pet hates is the trend to putting LED lights into every possible appliance (something that drives me to distraction in modern hotel rooms). In my apartment I had systematically taken care of the various culprits – using items of clothing, or bits of card to block them. The switches for the room lights were all by my door – I had to turn them off there, then walk back to my bed.

On the second of February, 2016, I turned the lights off, went to bed and was lying on my back. A little before 01:00 two things happened simultaneously. I had a ‘flash’ of some ‘Thing’ off to the right of the foot of my bed. At the same time a piece of light material fell/draped over my right arm. At least, that’s what it felt like.

Twisting over, I grabbed my iPad, which was charging on the bedside table. I hit the Home button and the screen flooded the bed with light. There was no-one and no material. The iPad screen stays on for about 8 seconds. Twice more I flicked it on, scanned the room, before finally putting it away, and lying back down.

I was irritated – the ‘flash’ had been so quick that I had no clear idea of what it was at all. And the material thing – that had never happened before. The sensation had been very real. While I was lying there mulling this over – there was another ‘flash’, from the same place. This time I barrelled out of bed and went for the room light.

There was nothing of course, but a wee reality check was in order. After a few seconds of standing in the well-lit room, I gave an exasperated sigh, turned the light off, and headed back to bed.

The view across my apartment from the door to the window.

My ghost experiences have always been in that liminal period of being not quite asleep – I don’t fall asleep easily, so I’m thinking about stuff, but (and the events force me to admit this), at some point, I’m not totally awake either. But this was unprecedented. There were two events in the space of ten minutes. At this point, I wasn’t just awake – I was hyper-awake.

As I lay there on my back trying to get my head around what had just happened – a man materialised above my bed. He was floating with his back against the ceiling and staring straight down at me. His arms were out at right-angles, crucifiction-style, and he was wearing a green dishdasha.

$&%@#!!!! I flung myself out of bed, back to the door, and on went the light again. As expected I was in an empty room. But this was too-much. When I did get back to bed, it was, for the first time ever, with the lights on. I tried that for over an hour before finally deciding that whatever the hell the thing was, it didn’t appear to be hostile. I turned the lights off and nothing bothered me in that apartment again.

As a kind of codicil, a few months after this happened, I was reading Whitley Strieber and Jeffrey Kripal’s book, ‘The Super Natural: A New Vision of the Unexplained’. Now if you want a really way, way, way out tale – read Strieber’s earlier accounts of UFO abduction. I’m not a UFO buff and have never seen one, but I found their book – in which they (Kripal is an historian of religions) alternate writing the chapters, to be a very lucid and insightful discussion of a range of phenomena. But what caught my eye was an anecdote of Strieber’s.

His young son was evidently embarrassed by a father that was known to be into weird-stuff (aliens, UFOs), but one evening he had a friend around for a sleep-over. That night, after going to bed, Strieber had some sort of out-of-body experience. He felt that he was fully conscious – but that he could fly. In this state, he went up to his son’s bedroom, and saw that both kids were asleep, but the visitor woke up. “At this point, I was against the ceiling, hovering above them. The boy seemed delighted”. Streiber then found himself back in his bed and decided that he had had “some sort of hallucinatory dream”. And with that, he went back to sleep.

The following morning, when he “went down to breakfast, the boys were having a sullen conversation. They would not speak to me. Later our son said that his friend had seen one of those things in the bedroom and was furious about it. If he was going to have any sort of social life, let alone more sleepovers, no more aliens, please!”