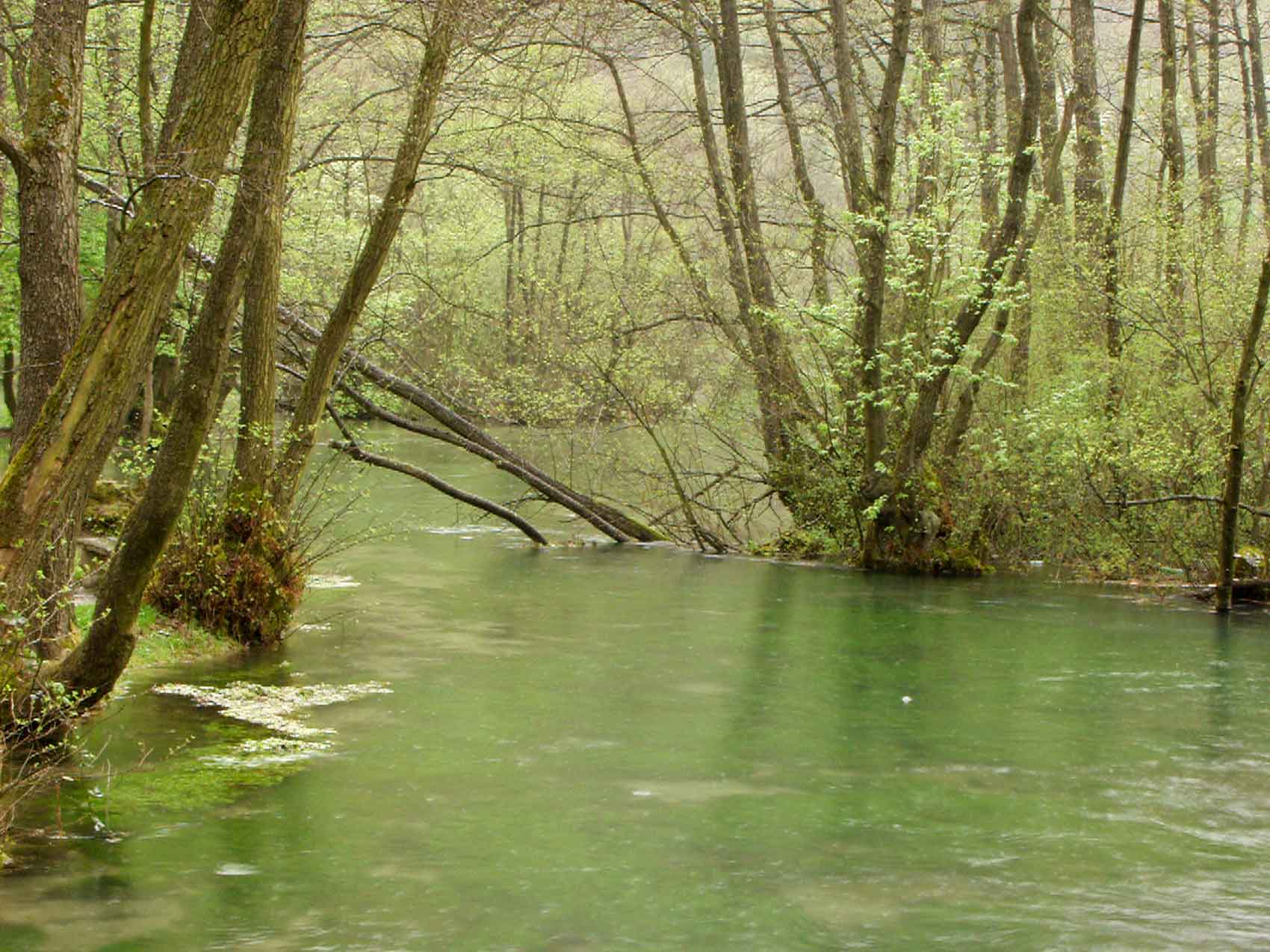 At the same moment I realised I was in a mine field, two guys at a bar noticed the same thing.

In Sarajevo, you can stand on the spot where, on June 28, 1914, Gavrilo Princip assassinated Archduke Franz Ferdinand and his wife. It’s at an otherwise nondescript intersection, right outside a building with distinctive arched windows. Some architectural face-lifting has been carried out over the last century, but that building remains as a tangible link to an event which catastrophically changed the future. Those shots ignited the First World War.

The corner in Sarajevo where the shots were fired that started the First World War – a mother of all Black Swans.

Princip’s shots, and the consequences, can get one wondering about randomness and predictability. As a researcher, I’m fascinated by the phenomenon of the Gaussian bell-curve. It described the way in which, as you keep making measurements of certain things, the results will steadily map-out a curve of a particular shape. Most measurements will cluster around a ‘norm’, then tail-off symmetrically in either direction. The ‘shape’ of this distribution comes up again and again – it appears to express some fundamental way the universe works. On a practical level, it has provided an immensely successful angle for predicting various outcomes.

Enter Nassim Nicholas Taleb. In his book ‘The Black Swan: The Impact of the Highly Improbable’, Taleb argues that there a very different kind of process also operates. He uses the term ‘Black Swan’ to describe the outcomes. The term alludes to the fact that a couple of hundred years ago, all swans were thought to be white. Every observation had confirmed this, and there was nothing in history to suggest black swans were about to be discovered in Australia. As an example of a Black Swan event (also using a bird) Taleb uses the life of a thanksgiving turkey. Over the turkey’s life, each day a hand appears with food. Then, instead of food, a hand comes with an axe. Nothing in the turkeys experience could have led it to predict this event. And the consequences (for the turkey) are catastrophic.

Taleb is irritated by the Gaussian bell curve. Not because it doesn’t exist, but because its used in situations whee it shouldn’t be. Taleb points out that in bell-curve situations, observations or events in the extremes don’t have a huge impact. For example, there are (predictably) a few exceptionally tall people. But they are a drop in the bucket, as they are overwhelmed by the huge majority of more average people.

Taleb’s Black Swan events are rare, unpredictable, but they are the ones that have the big overall impact. His argument is, that when it comes to predicting social phenomena, the bell curve is useless. ‘Economics’ is one such social phenomenon – deep black swan territory. Taleb is an expert on economical matters, and he does a wonderful job of explaining his Black Swan philosophy, while at the same time, relentlessly nailing much of contemporary ‘economic theory’, largely based on Gaussian bell-curves, most of which he maintains is a fraud.

Another social phenomenon is war. The shots that were fired in Sarajevo in 1914 were the mother of all Black Swans. They had catastrophic consequences for people all around the world (including my own in far-away New Zealand), and which continued through the Second World War and keep playing out even today.

Of course, various people were predicting that a war was ‘going to happen’ (is there ever a time when people aren’t predicting a war just around the corner?) but no-one could have predicted it would start outside a small building with distinctive windows in Sarajevo, and especially – no one was predicting the massive consequences of this war. It was a classic Black Swan event.

But, just like Gaussian bell-curves – why do we have Black Swans? Why is it that you can pretty much guarantee that our lives are going to be unpredictably messed up by major events? You know they are out there somewhere, but you just can’t predict what they’ll be or when they will strike.

You may be surprised to know that phenomena like the statistical reality of ESP have been done to death since the 19th century. Yes, there is an effect, and it’s been shown time and time again. But where it gets weird – really really weird, is what happens when researchers try and delve deeper in their investigation. As soon as they do that, the results go haywire. George Hansen’s masterly book ‘The Trickster and the Paranormal’ is an examination of this phenomenon. His conclusion, based on the mass of experimental data, is, that something is going on, which actively avoids being pinned down. He links this to the mythological character of the ‘Trickster’.

The human concept of the Trickster is clearly extremely ancient – like star stories, it’s something our ancestors would have been discussing around camp fires for tens of thousands of years. It seems like people have long known that there is a higher force out there, a wild, unpredictable force, One that plays games and can really mess up your future. A wide range of cultures have represented this force in their myths as human-like figures (Maui) or animals (the coyote, or fox). Hansen’s wonderful multi-disciplinary study looked at several aspects of the Trickster phenomenon, but unpredictable, catastrophic events were not one of them. I would go that one step further, and suspect that Black Swans and Trickster characteristics are aspects of the same thing. I’m certainly not the first to have thought of that, but the connection seems to be little-remarked upon.

Taleb would probably be horrified if he learnt that I was linking his Black Swan concept to what is basically the supernatural. But then again, perhaps not. I reckon that back in his family’s home village of Amioun in Lebanon, they probably knows a thing or two about the Trickster.

The final approach to Vrelo Bosne. The sign warns that the forest to left and right o the road, is still mined.

In Sarajevo I set off for Vrelo Bosne. It’s a park along the Bosna River, but a long plod – about 10 km from the centre of town. I have this little goal of trying to photograph the nearest things to pass for natural vegetation in each place I visit. Along the final stretch of the road, the forest to either side was out of bounds – large signs warned of the dangers of land mines.

Now Sarajevo has seen a bit of trouble over the decades. The last lot was between 1992-1996, during the Bosnian War, when the city was besieged. A huge number of land mines were laid by both sides, and have claimed many victims. Despite a massive effort to clean them up, travellers to Bosnia are still warned about them. This was much more the case in 2004, when I was there. The advice was to stick to well-traveled routes, paved ones best, and definitely don’t mess around in empty or abandoned areas and forests.

When I finally got to Vrelo Bosne, I decided it was well worth the hike. A well-defined area of the park had been cleared of mines and the forest-lined Bosna River was pretty much just what I was looking for.

But then came the long plod back to town, and my hotel. I ambled down the road, and found myself following, perhaps a hundred meters behind, a woman. She suddenly turned off to the right into the grounds of an badly damaged and abandoned factory. From my point of view, she looked like a local who knew a short cut back to the centre of town (It’s my story, I’m sticking to it). May as well see, I figured, and turned right as well. But after she vanished around a building, I never saw her again.

Just the kind of Sarajevo place not to mess around in

At that point I realised I was wandering through exactly the kind of place you shouldn’t be wandering in Bosnia. I didn’t know it then, but where I was was more or less the south western sector of the dense ring of mine-fields that had been laid around Sarajevo in the war (a very broad minefield extended further towards Vrelo Bosne).

I zigzagged between a few empty and sometimes ruined buildings but soon exited the factory grounds onto a park, with tree-lined grassy fields. I headed across the grass towards a footpath that cut across the park – and what appeared to be a confusing mesh of yellow tape.

A confusing grid of yellow Pozor Mine tape cover a park in Sarajevo.

As I neared the footpath, three things happened in quick succession. First I realised that from the edges of the footpath, much of the park was divided into a grid using yellow tape with ‘POZOR MINE’ (Attention Land-Mines) repeated along it in bold black letters. Secondly, I realised I was on the wrong side of that tape. Thirdly, two guys standing at a table at an outside bar along the park, had frozen. Their beer mugs had stopped part way to their slightly more than half-open mouths, and they were staring at me.

Pozor Mine (Attention – Landmines) tape in a Sarajevo park. If you’ve come from the direction you weren’t supposed to, the ‘wrong’ side only becomes clear when you reach the footpath.

I quickly took the last couple of steps, over the tape and on to the asphalted, but heavily damaged footpath, breathed out, and continued on my way. A potential personal Black Swan avoided. Out the corner of my eye, I saw two mugs of beer continuing to their owners mouths.

And somewhere, the Trickster winked….