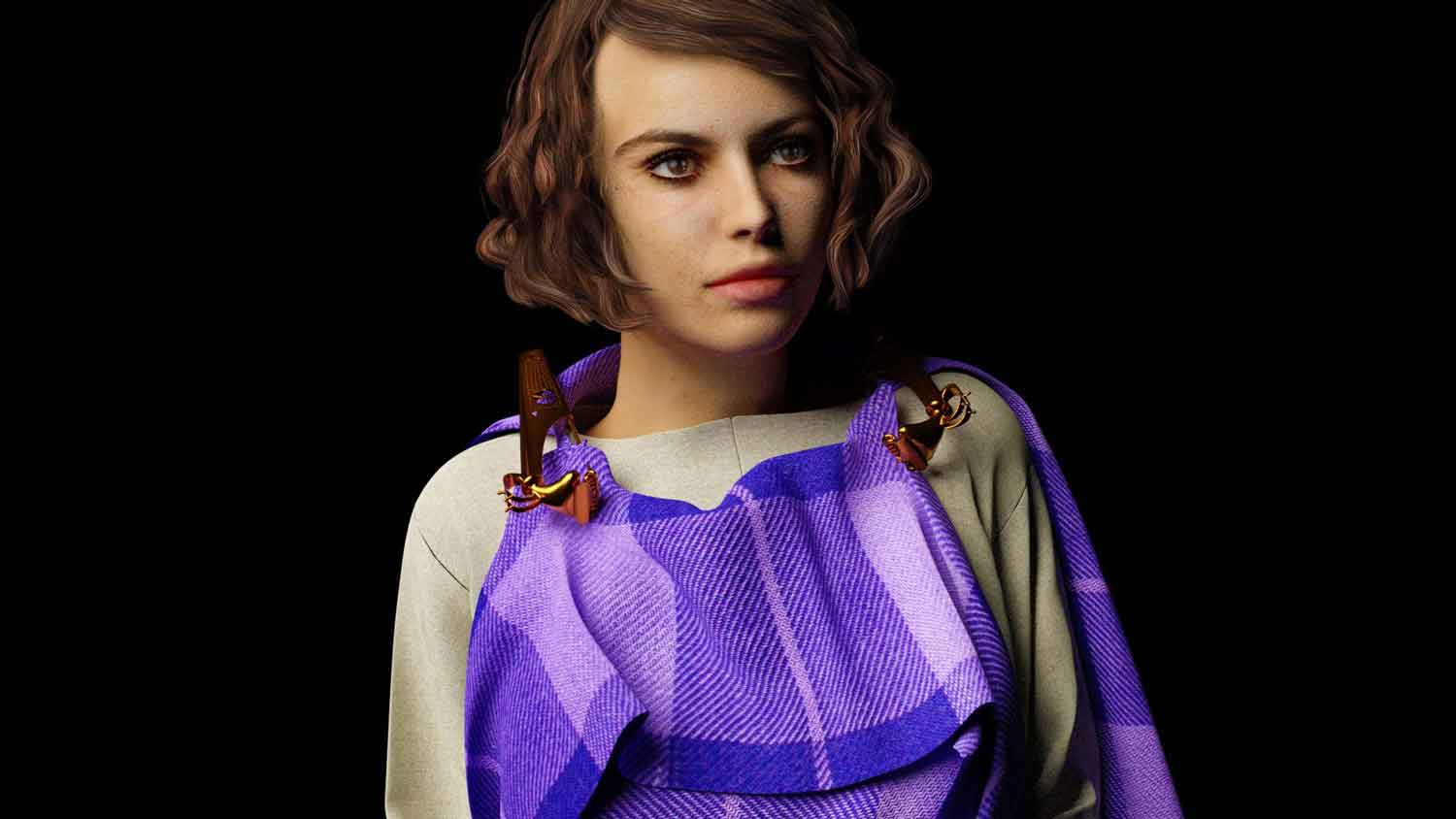 What’s a guy to do during lock-down?

I’ve chosen to time-travel back to around the first and second centuries AD. At that time the Roman Empire stretched over much of Europe, and along the southern Mediterranean as well. In two of its provinces, Noricum and Pannonia (roughly covering what is now parts of Austria, Slovenia, Croatia and Hungary), the native women developed a sort of ethnic national costume. This was, apparently, rather unique within the empire.

Female costume of Noricum and Pannonia was studied by the German archaeologist Jochen Garbsch. He realised it was an ideal subject to research because there were two plentiful lines of evidence. There were both realistic carvings of women wearing their costume on tombstones and memorials, and there were the contents of the graves themselves. These included the bronze brooches and belt buckles that the woman had been buried with.

Garbsch found that the women wore a costume that combined two of the main clothing ‘traditions’ – a sewn long-sleeved undergarment, and a pinned, sleeveless over-garment. This outer layer is widely-referred to now by the Greek term ‘peplos’. It was pinned at each shoulder by a distinctive brooch, or ‘fibula’. I should add that Garbsch himself didn’t use the term ‘peplos’, but referred to an “ärmelloses … Kleid” (sleeveless dress) that was held on the shoulders by fibulae.

The fibulae in Noricum and Pannonia were distinct in having a flat plate at right angles to the spring. Garbsch documented how the pattern of holes within this plate had evolved over time. Simple ones looked rather like a cheese-knife, with more ornate ones resembling Islamic lattice-work. The different patterns seem to have been a way to make each brooch unique, within the constraints of the broader style. Along with the fibulae, the costume also included distinctive belt buckles and (sometimes) a head-covering.

Garbsch documented his findings in two publications (both in German). The key and monumental work came out in 1965, but a more concise summary was published in 1985. Further work on the Noricum and Pannonian costume has been carried out by Jan Bemmann (1999) and Ursula Rothe (2009, 2013).

The ‘peplos’ had been a common part of European women’s costume for centuries before the Roman Empire, and would last until the spread of Christianity. The two shoulder brooches were both fully-functional items, but were also decorative. The style of the shoulder brooches, whether more were added elsewhere on the costume, along with other items, like necklaces and bracelets, were part of an ‘ensemble’. This could announce the ethnicity or group that the wearer identified with.

I’ve long been fascinated by these European ‘tribal’ outfits and have spent years trying different methods to try and bring them alive. My goal has been to produce portraits, as if I were a ‘time-traveler’. Now I know we have the technology to do this using digital computer graphics. The limitation is simply my skills.

I’ve had a crack here at reproducing a pair of Noricum/Pannonian brooches and placed them on a digital model with digital clothing. It’s a big, big step-up from my previous effort, where I modeled a series of Iron-Age neck-rings, but just put them on the equivalent of a computer graphics dress maker’s dummy. There’s still huge room for improvement, as anyone remotely familiar with this field will spot. The task of ‘getting right’ the eyes, skin texture, ‘topology’ (the arrangement of polygons underlying all this), costume fitting and lighting is one massive expanding rabbit-warren.

But hey, travel in the real-world is going to be on-hold for a long time now. Much as I hate to admit it, the capabilities of digital travel may be a kind of saviour (along with seeing our own back-yards once lock-down is over of course) as well as easing up on the carbon-emissions of jet-travel. We can spend lock-down sitting at home watching movies, or playing highly realistic shoot-em-up games.

But we can use that technology, to do so much more – to digitally time-travel and explore …

Rothe, U. 2009. Dress and Cultural Identity in the Rhine-Moselle Region of the Roman Empire. British Archaeological Reports, 2009 (S2038). Oxford: Archaeopress.

Rothe, U. 2013. Die norisch-pannonische Tracht − gab es sie wirklich?, p. 34-48. In Grabherr, G., Kainrath, B., and Schierl, T. (eds.), Relations Abroad: Brooches and other elements of dress as sources for reconstructing interregional movement and group boundaries from the Punic Wars to the decline of the Western Roman Empire. Proceedings of the International Conference from 27th−29th April 2011 in Innsbruck.