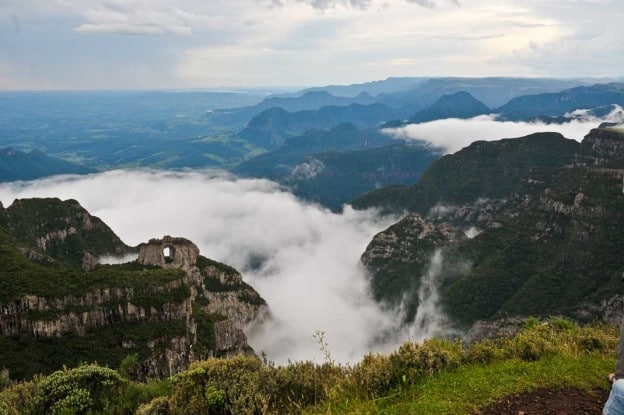 Most Australians and many tourists will be aware of a prominent topographic feature not too far from the east coast. For example, the Blue Mountains are a nice day trip from Sydney, while nearly two and a half thousand kilometres to the north, a visitor can pop up to the Atherton Tablelands. Both of these areas feature a rocky escarpment that separates the coastal lowlands from a higher plateau. Fewer people will be aware that what they are looking at in both New South Wales and north Queensland is the same feature – a continuous ‘Great Escarpment’ that snakes its way for some 2,500 km up the east coast of Australia. In fact, much of Australia is ringed by an escarpment – in the north the Kakadu Escarpment separates the dangerous salt-water crocodile infested lowlands from the safe-to-swim-in waterholes with freshwater crocodiles in the higher country. The continuity and significance of this feature was first pointed out by Ollier (1992).

The ‘location of the Main Divide and the Great Escarpment

‘The Steamers’ – a section of the Great Escarpment in Queensland.

It has been argued (Bishop 1998) that the Great Escarpment is an erosional feature that goes back to the time of Gondwana. The basic idea is that it is one side of the rift valley that formed as Australia and New Zealand began to break apart around 100 million years ago.

Somewhat unexpectedly, the Main Divide – the line separating drainages that flow east to the Tasman Sea from those that flow west and ultimately either to the central lake Eyre Basin or the Murray River system and out to the Southern Ocean, is not coincident with the Great Escarpment, but is a barely perceptible bump some way to its west.

Diagram showing how the Main Divide is higher than the Great Escarpment, but of much smoother topography

But it doesn’t stop there – further afield, similar ‘great escarpments’ are also to be found in South America, South Africa and India – a Gondwanan heritage indeed. In some of these places the views can be scarily similar. To me these can be the basis of a ‘Great Experiment’ – a great opportunity here to see how ecology and evolution have played out in widely separated, although “same-same, but different” areas.

Schematic cross-sections of Southern Africa, Australia, South America, and India (not to scale) showing escarpments around the edges and low topography in the centres. After Ollier (1991).