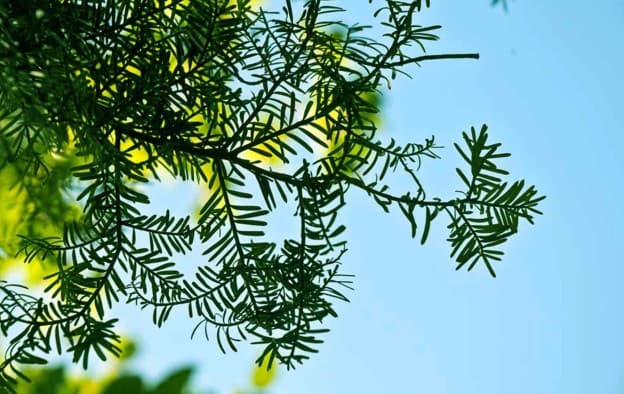 I’ve long found New Zealand’s black pine, the matai (Prumnopitys taxifolia) to be a special tree. From a dishevelled juvenile, It can grow into one of our tallest and oldest plants. Its foliage, unlike the delicate feathers of its smaller relative the miro, has a more scruffy appearance. It is by no means rare, but its distribution is scattered – and this may be instructive.

J.T. Holloway found matai to be very instructive, and he focussed 19 pages of his hypothesis on climate-change and forests in the South Island around it (Holloway 1954). He pointed out that although matai were widely-distributed, forests in the drier, eastern side of the South Island in which matai was prominent tended to be “discontinuous small pockets of forest surrounded by tussock grasslands, manuka scrublands or, more rarely, by beech forests of varying type.” He could find no evidence that current climate or soil was behind this although in none of the “pocket handkerchief” sized fragments did matai appear to be regenerating. Holloway argued – with basically circumstantial evidence – that these forests with matai had once been more continuous. There had then been a climate change coinciding with early Polynesian times. This simultaneously facilitated the burning of these drier forests (that also included kahikatea/Dacrycarpus and totara/Podocarpus) and hampered their regeneration.

Since then, there has been further evidence uncovered for more widespread matai. In 1963 Cox and Mead published their research into the complex of buried river deposits and soils, from near Christchurch. Matai remains were prominent as charcoal and seeds. Burrows (1980) and Burrows et al. (1981, 1984) found matai remains associated with moas at The Deans and Pyramid Valley in Canterbury, and Scaifes Lagoon on the edge of Lake Wanaka. Scaifes Lagoon is just 5 km to the east of the two ‘most central’ living matai that I am aware of. One is up in a rock fall above Diamond Lake, while the other is on the edge of the West Wanaka road, near the lake. I also recall seeing matai seeds in the swamp peat about 2 km to the east of Scaifes when I was about 10. A further occurrence is a small fragment of cuticle figured by Wood et al. (2012) as ‘podocarp’, from the edge off Lake Wakatipu, which is matai. These are all remains of what was once much more extensive forest in New Zealand (from Wanaka, forest would once have extended through the Motutapu Valley to Queenstown, large tracts of forest occurred across the Southland Plains, as well as near Christchurch.

The matai above Diamond Lake. It’s right on the shadow line, towards the left.

Close up of the trunk of the Diamond Lake matai.

Cox and Mead’s work may appear to only extend the original range of matai slightly to the west of where it now occurs. However, it puts them on the drier plains rather than the uplands of Banks Peninsula. With this evidence it is easier to imagine matais on the plains further to the south, and perhaps even in Central Otago.

And it’s there that things become curious. In a study of the pollen record over the last few thousand years in the semi-arid interior of Central Otago, matai pollen was found to be common -up to about 10%  at 800 m asl in the Kawarau Gorge and up to 34% at 1400 m asl on the Old Man Range and to nearly 40% at 1450 m asl on Mt Tennyson  in the Nokomai (McGlone et al. 1995). For Mt Tenneyson they wrote (p.9): Tall podocarp trees have well dispersed pollen, and the high percentages of these types reflect extensive lowland and montane forests in the immediate region. For the Kawarau Gorge they concluded (p. 14):

Prumnopitys taxifolia, Dacrycarpus, Podocarpus, Hoheria/Plagianthus, and Metrosideros increase at the same time, indicating reafforestation of more distant areas, and the presence of local forest, possibly consisting of stands of species such as Plagianthus regius and Podocarpus hallii.

We conclude that Phyllocladus/Podocarpus low forest-scrub dominated the Kawarau Gorge area, most likely as a mosaic of grassland and stands of divaricating and xeromorphic shrubs, and that tall podocarp forest never penetrated the region.

The amount of podocarp pollen was substantial and the most likely explanation is that small stands of matai, totara, kahikatea and probably even rimu grew in the more sheltered and damper environments of the valley sides in this region.

It is not entirely clear where the abundant podocarp tree pollen at these upland sites came from. The results from Eamscleugh Cave suggest that stands of podocarps, growing in the river valleys and gorges on the sides of the ranges, were the primary source of this upland pollen rain.

Two years later, another investigation of the palynology of Central Otago found up to 20% matai in the Ida Valley (McGlone and Moar 1998). These authors wrote (p. 97) that the matai (and some other podocarps):

most likely represent pollen rain from podocarp standsoutside the Idaburn valley region, as there is no other evidence for these podocarps ever having grown in this semi-arid area .

This seems like a step away from earlier comments, as there was no “other” evidence in those places either. This view was clarfied in McGlone (2001):

p. 4  It seems highly unlikely that Prumnopitys taxifolia was present within the semi-arid area, as it is now absent from central districts, and its altitudinal limit of 300- 600 m in the southern South Island (Hinds and Reid, 1957) makes it improbable that it could have had a presence in the higher rainfall forest zone on the upper slopes of the interior ranges.

p. 8 Other than Podocarpus hallii, tall podocarp species were likely to have been almost entirely absent from the drier inland districts of Central Otago and south Canterbury. It is possible that occasional small stands grew in damp gorges, as suggested by Clark et al. (1996), but there is no direct evidence that they did so.

There is no problem with matai pollen blowing the distance from the coast to the interior – but it still has to dominate over the local taxa. At this point P. Wardle (2001) published the results of his investigation into buried logs and charcoals in the upper Clutha Valley. This extended the previous range of matai to Harwich (Mou Waho) Island within Lake Wanaka, and to sites around Lake Hawea. These are wetter areas, to the west of Central Otago proper. Intriguingly, at the same times as palynologists may be getting cold feet about matai in Central Otago, vegetation modellers have thrown a furfie. Walker et al. (2004) considered all the above evidence and wrote (p. 631):

Subfossil evidence and current distributions suggest that Prumnopitys taxifolia may have occurred locally on steep fans, scarps, and talus fringing the basin floors…

This is going much further than the palynologists cagey admission of matai to isolated mountain gullies and gorges – this is the edge of the Clutha Basin upstream of Cromwell and the Manuherikia upstream of Alexandra. In addition Walker et al. (2004, p. 633) wrote:

Native tree plantings on road-sides, parks, and other public places have really taken off in the last few decades, including in the drier parts of central South Island. Some of these are now established patches of broad-leaved angiosperms, at the right stage where some conifers – such as the matai, could be slipped in. Some effort should be made to reintroduce matai back to those areas where we know it once existed – using the genestock of the most marginal survivors.