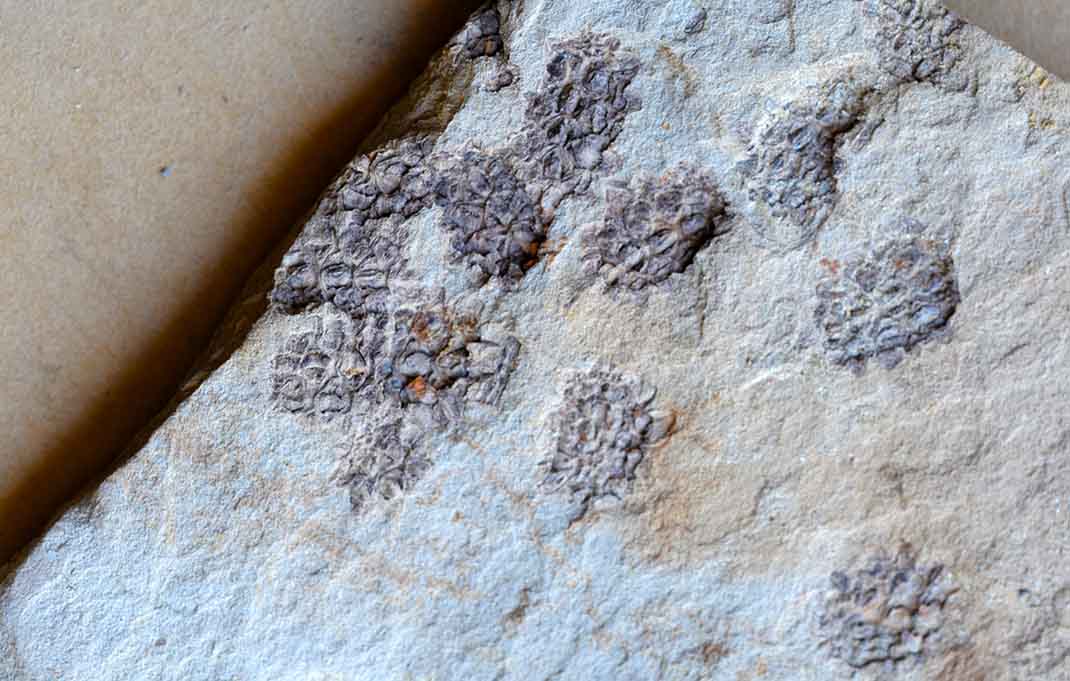 One of the more evocative Miocene fossils you might pick up near Bannockburn, New Zealand, are she-oak ‘cones’ (see the featured image). The Latin name is Casuarina (but see ‘Technical Details’, below). This is a plant that no-longer grows naturally in New Zealand, but is a  tree in much of Australia. It’s cones, and sometimes its brush-like foliage, are one of the more common fossils in a unit of shale. The shale is a sedimentary rock that was deposited around 16-20 million years ago (Mildenhall, 1989; Mildenhall and Pocknall, 1989).  Its beds are dipping towards the road, but when it was forming, they would have been lying flat, and under water.

There are quite a range of fossils in this shale – mostly leaves. Some of the more common are beeches (Nothofagus), a kind of hoop pine (Araucaria),  perhaps some fragments of palm fronds, and even pea pods. Many of these fossil leaves await to be named.

Geologist Barry Douglas recognised this shale as having formed in an ‘interdistributary bay’. This is a term used for the quiet parts of a river delta (think of the Mississippi), in between the mouths of the narrow channels and their levees. Deltas are where rivers enter a standing body of water, and their channels split. Often the only areas above water are the narrow levees on either side of the channels. Flanking these was probably marsh, with little-more than extensive growth of reeds. These leaves and fruits were more likely from trees on the higher ground – growing on the levees. They would have blown into the channels, washed down them, drifted around to the bay, then settled into the mud on its bottom.

Schematic diagram illustrating the kind of interdistributary bay that would have existed at Bannockburn in the Miocene.

The bay had its own life. New Zealand’s first ever crayfish fossil comes from here. There are also the shells of fresh water mussels, and quite frequently fish-bones.

Collect enough of the leaves and you can work out their average length – and this can tell you something about the climate that they grew in. Go to a forest in the Catlins today, and the average length of the leaves on the forest floor will be around 50 mm. In the shale at Bannockburn, it’s closer to 60 mm. The average temperature was most likely a degree or two warmer than in forests at this latitude today. It may even have been four or five degrees higher or more.

Technical Stuff.
The shale is part of the Manuherikia Group. See Douglas (1986) below for an original description.
She-oaks all used to be called Casuarina, but a name-split means these ones are more likely Allocasuarina, or perhaps even Gymnostoma.

A link will take you to where you can download a pdf.

Mildenhall, D.C., 1989. Summary of the age and paleoecology of the Miocene Manuherikia Group, Central Otago, New Zealand. . Journal of the Royal Society of New Zealand 19, 19–29.