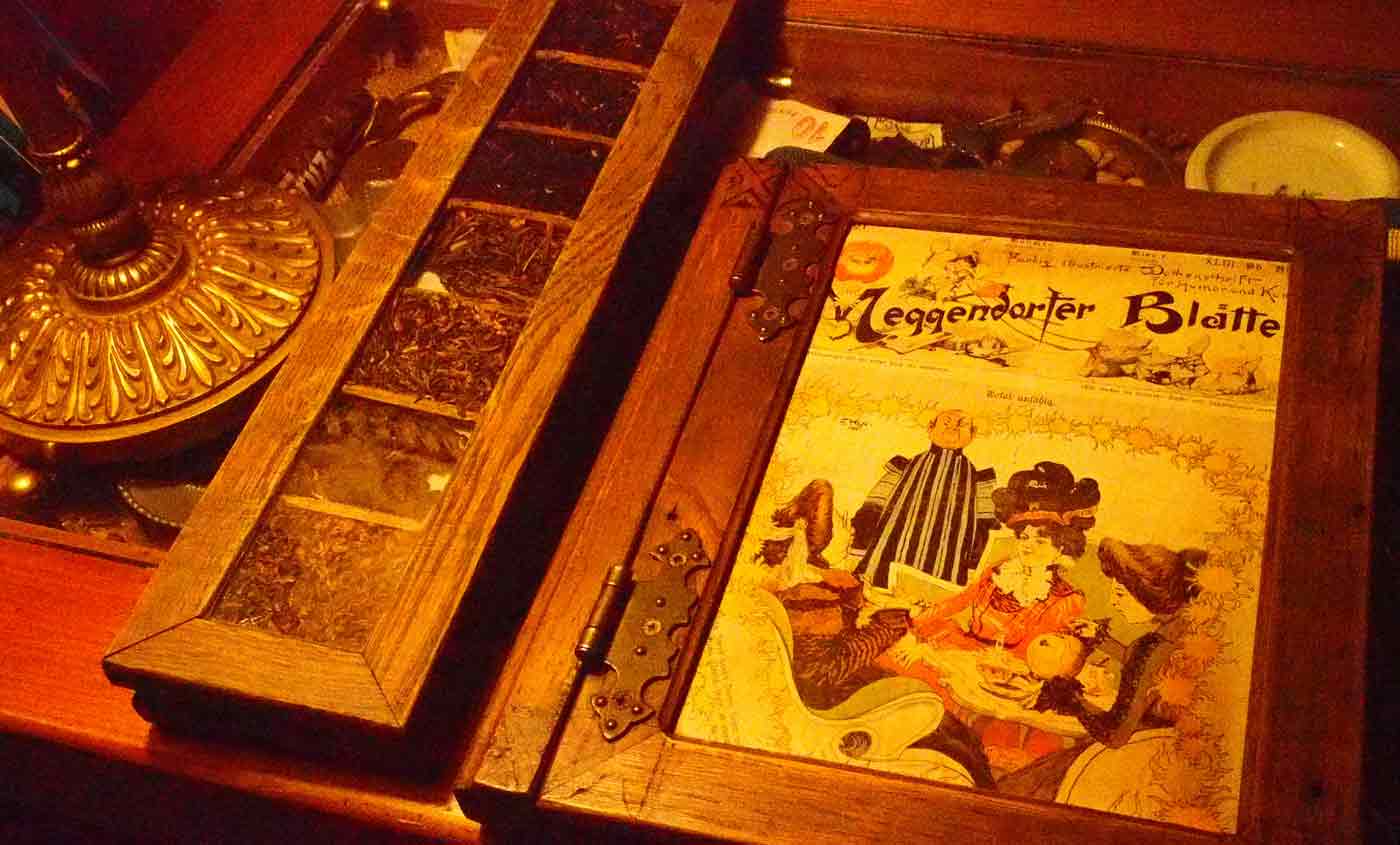 My first impression of Odesa was not good.

It was back in 2006 when I was merely transiting on the way to neighbouring Moldova and Transdnistria. From the train, I needed to jump almost directly onto a little shuttle bus. After an overnight trip from Kiev, the train pulled up to the platform in Odesa and had slowed to a gentle crawl. I had my pack and day bag ready, while my camera, in its bag, lay on the seat beside me. At the very last second, the train jammed on its brakes – my camera sailed off the seat and hit the compartment floor with a really solid whack. Once I got outside, I inspected my camera – and watched fragments of filter glass fall onto the edge of the tram tracks.

On my second visit to Odesa, more than ten years later, I expected better things. After an over night train from Poltava, I wanted to pull into one of its famed cafes and kick back with a latte while I waited for the check-in time at the AirBNB where I would spend the next few nights. This time the train pulled up without the nasty judder at the end, and, camera intact, I headed out into the town. Except, where were the cafes? I walked block after block, and saw nothing beyond bars, or chain-style outfits (it later transpired that I should have walked just a block or two further) . Disappointed, I eventually settled for an utterly bland box back near the railway station, had a drink and ate a small roll.

From there I set off to find my accommodation – and really did have my socks blown off. It was a huge studio, its feature-piece being a hammock, strung across bay-windows, with a view out across the Black Sea. Now on wifi, I did some research – “cafes in Odesa”. I’m hardly a ‘foodie’, but I do enjoy spending time in interesting cafes, basically for the ambiance.

So I Googled, and up came some results. For example, there were lists by Kate Pryliuk, Maria Sibirtseva, and one nearby cafe on Google Maps simply called ‘Bufet‘. I chose three – one for each day I would be in Odesa, and got their decimal degree latitudes and longitudes and put these into my satellite GPS (It’s a clunky way of doing things, but I’m iPhone-challenged).

After having a wash, I headed out for my first one – ‘Bufet‘, somewhere back the way I had come. Eventually my GPS indicated it would be just ahead of me, 150 m, 90 m, 40 m and closing. The resolution of these things is about 20 m, though they can behave weirdly in built up areas. Still, when I reached the point – I ought to have been looking at a cafe. Except I wasn’t. It just seemed like the wall of an old building. Puzzled, I wondered if the cafe was somehow inside the city block – perhaps with an entrance off an interior courtyard? I walked on, peering into driveways. There were no cafe frontages, no billboards on the footpath, nor seats and tables. I did a full block, a good kilometer I guess, and ended up back at the spot whee my GPS said it should be. And then I saw it – a little sign on an odd, almost wardrobe entrance (shades of Lion, Witch and Wardrobe’!), and immediately inside narrow steps descending steeply down ….. to a door. Once I got down there and opened the door – there was the cafe.

It was subdued, no windows down there of course, but tastefully plastered in old posters. I ate some Black Sea fish.

Day Two, I headed out for a more distant cafe. I would combine it with a trip to the archaeology Museum and the famous ‘Pushkin Stairs’. Now it dawned on me why I hadn’t seen cafes when I arrived – the Station area is not really cafe territory. I’d turned back about a block too soon. This time I was looking for a Cafe Zheto. My GPS eventually directed me to a corner – and on the corner there was an ornate frontage. It certainly looked like it ought to have fronted a cool cafe – but …..?

Despite being reasonably au-fait with Cyrillic script, I couldn’t see the word ‘Cafe’ or Zheto. It wasn’t quite 09:00 opening time, so I used the next few minutes to scout around the area. Perhaps my GPS was a little out? Perhaps the cafe was no longer in business? But eventually I returned to that cool frontage on the corner – there was no other option. I studied it again, then it dawned on me – three ornate Cyrillic characters on the front, that I had mistaken (!) for magical sigils – were actually Cyrillic, spelling out – Zheto.

As their first customer of the day, I headed inside to find my self in a kind of wonderland of stuff. All sorts of old clocks, navigational equipment, various bric a brac. The menu came in a sort of box/book (see the Featured Image).

I got a latte and ‘pie’, following that up later with a cheese cake. The charming waitress confirmed that behind this visually amazing look, was a Hell of cleaning. By chance, I would return to Cafe Zheto again in the evening, as one of their last customers when it closed at 9:00 pm. Same waitress, long day for her.

But, next day, Cafe number three, took the cake for obscurity. I was looking for a Cafe Gogol-Mogol. Its address was even further away than Cafe Zheto. There were outdoor tables as I approached my GPS coordinates, and near to these a sign on the wall announced ‘Dom Cafe’. But that wasn’t what I was looking for, and a quick look inside showed it was a small, pretty bland room. I walked on and found a courtyard, looked around it, and found nothing. Eventually I returned to the tables on the street corner and took a seat. It did have a sort of hand-made menu, with pages where people could add their thoughts.

Though I prefer eating outside – there was no shade and bright sun made it almost impossible to read on my iPad. So although it was ‘nice’, I wasn’t quite happy and it wasn’t what I had come for. After an hour or so my iPad was running flat. So I got up to find the waiter and pay my bill – and noticed a slightly depressed door – between the corner and the ‘Dom Cafe’ door. And in there, I looked up and saw, written on a ceiling beam – ‘Gogol-Mogol’. I’d been there all along. The waiter took delight in confirming, “Cafe has no name outside – only inside!”.

Well, damn-it… I asked if there was a table inside that had a power point beside it. One was located, I plugged my dying iPad in, ordered a little food (pancakes, soup), and kicked back for another hour. At one point the waiter apppeared with a plate of bread and pate, and announced it was “on the house”.

The inside is well-lit, and basically a art gallery. From the outside, it can be recognised by a ring of old bicycles. Oh, and the interior of the loo is particularly striking!

I eventually paid-up and wandered back to the railway station. Another overnight train trip, now back to Kiev.

Odesa – all is forgiven!

By the way, is it Odessa or Odesa? As every kid brought up on Frederick Forsyth thinks they know, it’s Odessa. But travelling Ukraine, I saw Odesa (or Одеса) so many times, that I figured Forsyth’s spelling was a gimmick, and changed my ways. It was only when I got back to the railway station, and looked up to see its name spelt ‘Odessa’, that the penny dropped. ‘Odesa’ is Ukrainian and ‘Odessa’ is Russian. And there lies the basis of all sorts of arguments. Wars even. Suffice to say, I chose Odesa for this post….