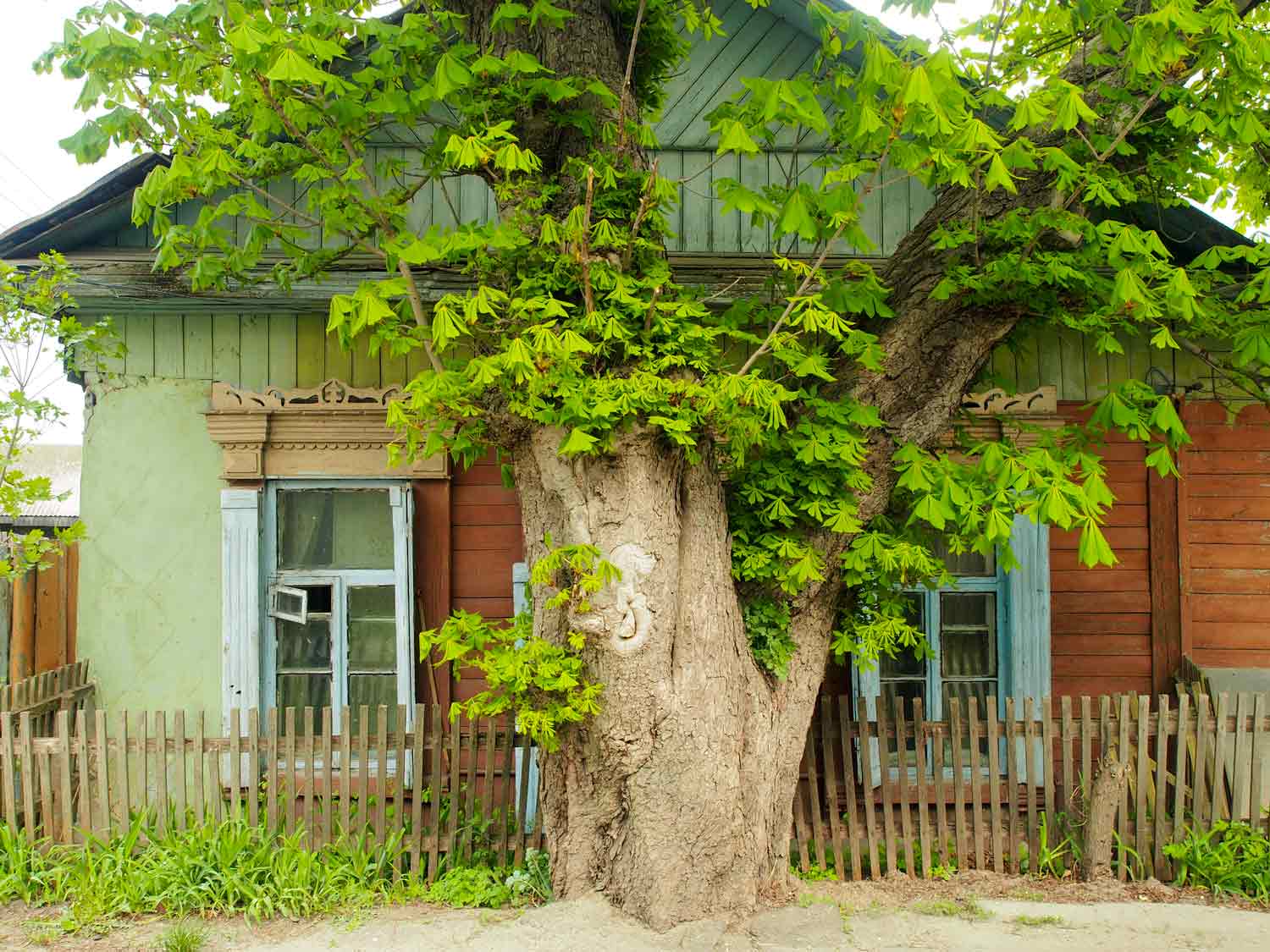 The passport control officer at Minsk Airport seemed genuinely shocked to see me (well, OK, I can have that effect on people).

For so long, Belarus had seemed to be the hardest country in Europe to visit. This changed suddenly for citizens of many countries, and caught me off-guard. For New Zealanders at least, the conditions now seem almost too simple – it seems that little more is required than to fly in and out of Minsk, and have insurance.

Arriving in Minsk airport, I had my ticket out (to Istanbul) printed, along with my travel insurance which specially included “Belarus”. I wasn’t quite expecting the response from the woman who examined my passport and almost stuttered …”Where are you going in Belarus?”

So I began to tell her: “First Minsk, then up to Vitebsk, then….”

She cut me off: “How long are you staying in Belarus?”

I pointed at my onward ticket that was in her hands.

She briefly glanced at it then snatched a magnifying glass to hold up to my passport (I guess these officers are trained to know exactly where to look to spot the genuine kiwi passports from all the fake ones). And then without further comment, came the entry stamp – and I was in the mysterious country of Belarus.

I knew sweet stuff-all about Belarus. But in the last couple of years, I had read two books which at least had covered the territory.

One was ‘The Unwomanly Face of War‘ by Svetlana Alexievich. This was based around interviews with Belorussian women who had served, in some capacity, in the Red Army during World War Two. In the West, if we think we know a thing or two about the Red Army, they might include how women were also soldiers, with some sort of ‘equality’ with men. Indeed, to some degree that was true. But Alexievich’s book puts this in perspective. When the war was over, things pretty much went back to ‘normal’, and the women, and their achievements, were largely forgotten.

Two accounts in ‘The Unwomanly Face of War‘ stand out in my mind. One was those of Red Army medic women whose job it was to crawl out onto the battlefield, and, under fire – carry back wounded soldiers who might be twice their own weight. But get this – they were forbidden not to bring back the soldier’s weapon as well. This of course, was both physically demanding and incredibly dangerous (On one memorable occasion, a woman simply walked onto the battlefield singing. To the great credit of the German soldiers witnessing this, no one shot her.)

Secondly – how about riding into a tank battle – on the outside of a tank? The task of the women doing this, was to rush to any tank that was hit – and help the occupants get out of the flaming wreck. The mind just boggles.

During the war, the area that would become today’s Belarus was ground-zero of the slaughter. Something like one in every four people in the region did not survive the conflict. The title of the second book that I read, Timothy Snyder’s book ‘Bloodlands: Europe between Hitler and Stalin‘, sums that up perfectly.

I had this history in mind when I asked locals where they came from. It seemed that most people I spoke with had at least one parent who came from somewhere else, like the Ukraine. I wondered if this somehow represented immigration to fill the population vacuum after the massive war losses. Apparently this was not the case. As one Belorussian woman told me, at the end of the war, if a woman “could find a man”, she went for broke. The population bounced back pretty fast.

To me, Belarus had a sense of old-time ‘Soviet’ about it. For example, there is no eye-contact on the streets. It’s the complete opposite of the Kiwi-Aussi “Gday mate-how-ya-goin-alright-wheredjacome-from?” style of in your face gushiness. However, ask someone for help or directions, and the mask instantly drops away. The locals are both friendly and helpful. I used Belarus to dip my toes into the world of ‘Couch Surfing’ for the first time. It was an excellent way of meeting locals, either staying in their homes, or over a drink or meal down town, and listening to the range of opinions on how the country functions.

As it was explained to me, the Belarus government has opened up the country to attract the tourist dollar. But the rapidity of opening up has caught the locals by surprise. Many aren’t quite sure how to deal with these foreign-types, and tourist infrastructure has a long way to ‘catch-up’. Which is, of course, why this is the perfect time to go see it. I was told that Couch-Surfing hosts actually get “angry” that visitors looking for free-bed are snapped-up so quickly that many hosts keep missing out. Can you believe this country?!!!

Belorussians were amazed that I had come for three weeks. Was there that much to see? Yes, certainly – it has a mostly ‘fine-grained’ landscape, with lots of forest, wild areas, wonderful old cottages (see the featured image of an old house in Gomel), castles, old churches, art galleries and museums – and … heaps of good food.

It all started to seem too good to be true. And, tell you the truth, once I got that magic entry stamp in my passport, I quite forgot that there was a Step Two to the process. Although getting into Belarus is now pretty easy, the Belarus authorities still want to keep you on some sort of a leash (although a pretty generous one). This involves periodic ‘registration’.

I’d been in Belarus well over a week before I remembered about that ‘Registration Thing’.

Biting my lip, I went through my timetable-spreadsheet before relaxing a bit. It seemed like I had done the right thing. At least to start with.

I’d spent my first few days with a family in Minsk, Couch-Surfing. Well off-radar. But then I’d traveled north and stayed in a hostel in Vitebsk, where. checking-in, I had been asked for both my passport and a copy of my insurance. This had been within five days of my arrival in Belarus, so I could assume that I’d been registered within time.

But what about after that?

From Vitebsk I went west to Polotsk. But had the hostel in Polotsk registered me? I couldn’t remember handing over my passport although surely I had. But they definitely hadn’t asked for my insurance. So had they registered me again, or merely checked me in?

Then I went south to Grodna, and Couch-Surfed again. It was here that I slipped into ‘Belarus Registration-Stress’. This ‘Registration’, is a two-edged thing. It’s not just a potential problem for you – but for any private hosts as well. You don’t want to bring down trouble on their heads. There was some suggestion at this point of visiting the local Immigration office, just to check. But my feeling with such things is that they almost invariably end up creating more trouble. It’s usually easier to screw up, then beg forgiveness later. It may not be the case here, but I suspect that in some complicated bits of bureaucracy, there’s a bit of a disjunct between those making the rules (ie. way up in the government) and those having to deal with the consequences (the person stamping your passport as you leave the country).

After a bit more Googling, I satisfied myself that I was in the clear. It does seem that for periods up to five days you can go ”off-radar’. But then you have to surface, and let the authorities know where you are. It does seem that if you follow the ‘Fish and Guests’ rule (both start to smell after three days), then check in to a hostel/hotel, you’re well within the limits of Belarus’s registration rules.

So I relaxed and from Grodna I bused further south down to Brest, and checked in at a hostel. This time, after noting my passport details, the receptionist handed me a stamped piece of paper, and said:

“Keep this with you, in case anyone wants to see it. It’s your temporary registration”.

Hmmm, registrations are stamped bits of paper? Was this just a Brest thing? Or had I missed something? A few minutes later I was Googling, and by pure chance, came across a blog post, in which Michelle and Dave described their experiences in Brest a couple of years before. They had been dutifully accumulating such stamped pieces of registration paper as they travelled – and yet still screwed up and got some sort of fine.

Looking at this down the line (after leaving Belarus) I see an indication that registration stamps are supposed to be on the Belorussian migration card. However, this is only mentioned on the Belarus Government webpage about migration cards (not on the registration page). I didn’t get a migration card, and it seems like these had recently been cancelled (see some other discussions here – and this discussion does mention stamped bits of paper, and here). You can see where this gets a little ambiguous.

In any case, now in Brest, I decided that the best course of action was to simply accumulate as many of those stamped bits of paper as I could.

I extended my stay in the Brest Hostel a further day (for other reasons – I went to see Belovezhskaya Pushcha) – but this meant I could ask for another stamped bit of paper. From there I stayed in hotels in Zhitkovichi and then Gomel. In both places I made a point of asking for, and getting, more stamped bits of paper. My last three nights (so no need to register) were back in a private residence in Minsk. At least by then I had a nice stack of paper – but would it be enough? Just in case, I spent some time organising my hotel reservation forms, receipts and a spread sheet timetable of where i had been.

Finally, after three weeks, I was back at Minsk airport. As non-nonchalantly as I could, I handed over my passport and the little sheaf of stamped papers. The official chap spread the papers out briefly in front of him, croupier-style, gave them a quick glance – then scooped them up and handed them back! My passport then received the same hand-lens examination as when I’d arrived, before he turned to his computer and spent what seemed to be an awfully long time studying whatever it was showing. As I held my breath, I hoped what he was looking at was a seamless run of registrations that had somehow made their way from various hotels and hostels back to some central system.

Then finally … the satisfying ‘whack’ of an exit stamp. With a friendly smile, he handed my passport back, and I was away.

Belarus registration in a nutshell (my take only – if in doubt, get official advice)

You have to register within five days. The simplest, and cost-free way of doing this, is to stay in a proper hotel/hostel.

Once you leave the place where you are registered, you have five days ‘free’ (CouchSurfing for example) before you need to register again.

It’s not clear to me that you need to collect stamped registration papers – but common sense would say that asking for them and keeping them is a good idea.

You can register on-line, once, but seems like you can only do this for your first registration, within five days of entering the country.