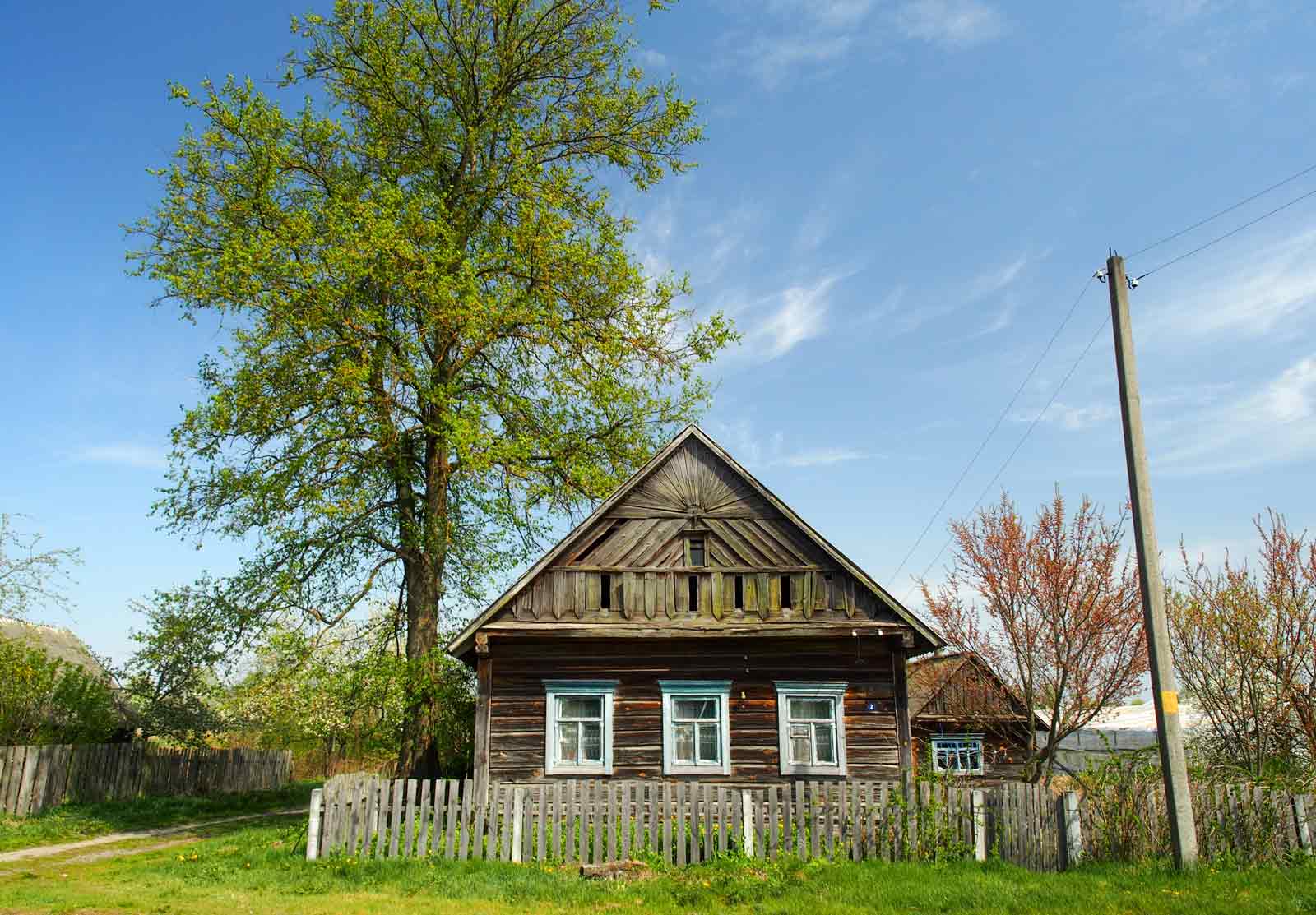 The young woman walked up to me, and, without a word, began rearranging the coins on my hand….

References to the Pripyat Marshes, near the border of Belarus and Ukraine, keep popping up in books as the area where the Slavic languages appeared. I have no idea where this idea lies on the spectrum of genuine science to nationalistic hype, but its long intrigued me as a place to look at, if I got anywhere near.

Sitting in my hostel in Brest, southwest Belarus, I Googled around. Despite their fame, exactly where to go to see and get a feel for the Pripyat marshes was frustratingly vague The small town of Turau figured – but how to get there from Brest? The rather bizarre route that I was given at the railway station and hostel was to spend a day traveling by train to Gomel, in the mirror-opposite southeast of Belarus, then dog-leg all the way back to the bottom-center by bus the next day. I looked at Google Earth and figured that surely I could just jump-train in the city of Zhitkovichi, and surely there were buses on to Turau. It was only 20 km away. Hell, I could walk it if I had to. So (involving a minor saga) I made a reservation at the hotel in Zhitkovichi, and took the train.

Zhitkovichi struck me as a genuine Soviet-era town. It had no clearly discernible ‘town centre’. Instead, little shops were here and there in the lower levels of apartment buildings, but scattered over a vast area of the town. What they actually sold was often not too clear from the outside.

I found myself as the sole occupant of a huge five story hotel. Shades of ###. I went off to find some lunch. What seemed to be the only restaurant in town was in the same block, but it was closed between 12:00 and 13:00. (well, of course). It was stinking hot and I wandered off to find somewhere to sit and pass the time until it opened. Outside a closed snack bar there were some seats under umbrellas. I plonked myself down in the shade, and soon a heavily set older man arrived. He pulled the cap from his bald head and used it to wipe the sweat off. He muttered about “jarka” (heat) and the fact that the snack bar was closed. I commiserated entirely, but I was was dying to know what the series of fountain-pen tattoos on his arm were. I suspected a legacy of prison.

I understood little of what he muttered about, mostly to himself, but the word “Alleman” (German) kept coming through whenever he looked at me. Throughout Belarus I repeatedly met people who assumed I was German – which was odd, because I never came across any of them. But then he used his hand to indicate the height of a small boy, and also repeated the word “bomb”, or something like it. This was definitely something that needed correcting. As far as I could gather, he was a tad unhappy that I came from the land that had bombed him when he was a kid.

So I puffed my self up said, as indignantly as I could;

“Ya?!! Ya nyet Nemeski ( shoukd have said ‘Alleman’, Nemeski is for German language), Ya iz Nova Zealandia!”

And that stopped him dead.

“Nova Zealandia?” He was astonished, and repeated it several times. Thinking that the ice may have been broken sufficiently, I finally got the courage to point to his tattoos.

“Hah!!!!” he roared, and gave a dismissive wave of his arm, and wandered off, still muttering about Nova Zealandia….

In the restaurant, I found my way upstairs to sit, as the only guest in a huge, austere dining room. Coffee was too much of a drama (the milk was the issue) so settled for borsch and a basic but nice meat and vegie dish. It was late in the afternoon before I made my way to the bus station – and found I was too late. It was closed, and there were no timetables visible. There wasn’t much option now other than to just rock up reasonably early next day.

The next morning I arrived at the bus station to find I had missed the bus to Turau by four minutes. There would not be another for several hours. There were two ways to look at this. The pessimistic one would be to say that was amazingly bad luck. The optimistic way was to imagine a benign universe saying, “Well I tried my hardest, why didn’t you just walk a little quicker?” I can’t remember what my response was, perhaps because I banged my head on the counter too hard. But that might have spurred the woman in the bus station ticket booth to helpfully suggest a “taxi”.

The mere mention of “taxi” is usually enough to strike me cold with fear, but at this point it seemed like the best option. She immediately made a call on her mobile phone and indicated that I should wait out for a “byelly machine” (white car). I thanked her and few minutes later a white car did pull up in front of the station. I slid in – the middle aged woman driver was clearly a friend of the ticket woman in the bus station, and we set off to the south.

My initial goal, based on a getting-there-by-bus scenario, was to have made it to the nearest bus stop to the Pripyat Rver, the village of Chernichi. However, now that I was in a taxi there were no such constraints. The taxi driver and I struggled to make small talk until she suddenly burst out laughing: “I cannot speak English!”. But at that moment we started heading over a huge bridge, with a forest-lined river below.

The river was dark and flowed through forested white-sand. It was maybe 120 m across, but the bridge was more like a kilometer long. By the time we reached the end of the bridge she understood that this far would do me. No need to go on to the village. As soon as she could safely pull over, she did. The trip cost me about $10 and I’m sure we were both happy with that. I walked back across the bridge then found a way down to the bank. and followed it up a few hundred meters and explored a little. Then I walked back across the bridge and then on to Chernichi village.

I’d barely arrived there when I passed two women on the footpath. One my have been in her sixties and the other, who I guessed was her mother, was probably in her eighties. We had started a very brief conversation when two other middle aged women appeared. They seemed excited to see me and insisted that they show me a “museum” – a small building on the other side of the road. It turned out to be a kind of club room for the local folk dancing and crafts group, of which these two women were clearly key members. With no English on their side and only basic Russian on mine, the two of them showed me around the building. It had a huge old weaving loom, and the mats which lay on the floor had been woven on it. In a side room they showed me a wardrobe of their national costumes. Within minutes one of them had pulled one over her head, hitched up her skirt so that it didn’t show below the bottom of that – and them both of them burst into a folk song. It tuned out that their group had been Eurovision contestants – something proudly documented in the photo album they showed me.

I kept walking to the south, along a mostly straight road over flat, cultivated land. At the bridge across a tributary of the Pripyat, just before the village of Aziarani, I turned right along a dirt track. It led through scrubland along the top of a floodbank-levee. I figured that it would likely, after a few kilometers, take me to a large road that I could see on GoogleEarth. It was mostly deserted. Along the way were occasional cabins, but other than two quiet fishermen, I never saw another person until I reached the village Siamuradci, near the road. It was spring and everything was either green or in bloom (see the featured image). I passed a man pruning a bush outside his cabin and we fell into a conversation of which I understood almost nothing. All the same, he was simply keen to talk to a stranger. Moving on, I passed a group of half a dozen people sitting at a table outside a house with a remarkable old facade. When I asked if I could photograph it, they insisted on showing me inside their “museum”. The house was yet another headquarters of a local dance and craft group.

From there took a long short cut along another dyke across boring farmland, eventually reaching the town of Turau. I ate at a restaurant near the entry, the asked directions from a few people until I ended up at a little bus shelter in the center of town. It was a clearly a nice, laid-back and historical town, on the bank of the Pripyat. There were some people waiting at the shelter, and from these I understood that a bus back to Zhitkovichi would arrive shortly.

When the bus arrived I got into the little queue and put a small pile of coins in one hand. One thing that I quickly learned in Belarus is that everyone likes small change (there is a shortage and travel is a little game of trying to keep some). For small purchases in shops the technique that seemed to work was to simply hold out a handful of change and watch as the teller counted out the coins they wanted. As I stood in the bus queue with my hand held out and ready, a young woman, perhaps 18, who was almost in the door of the bus, noticed me. She walked back along the queue, put a finger on my palm, and silently slid coins to left and right, indicated which pile I needed, and then walked back to her spot.

Once seated inside the bus, it was ten minutes or so before it was due to leave. On the other side of the aisle were another pair of teenaged girls. One of them had a pale brown birthmark that covered half her face. Despite that, and perhaps because of it, she could easily have graced a magasine cover. Her friend had a pair of eyebrows that would have turned any guy at home into a slobbering mess. But they sat, talking quietly, not texting. While we waited, a disheveled man, with bare feet, twice came onto the bus. He clearly had some sort of mental health problem and kept trying to sell me a piece of green cardboard. “Man!” “Man!” he kept calling out from the front of the bus, looking at me, and waving the card.

No one on the bus took any notice, There were no guffaws or jeers. The two young women opposite me kept quietly chatting. The woman who had sorted the cash on my hand was up the front of the bus, and while the crazy man was yelling, turned and looked at me once, with the faintest smile.

We headed back to Zhitkovichi with me trying to count how many nice people I had met in just one day. Was there any teenager at home who would bother to, unasked, help a tourist with bus-money? Or not take the chance to have a laugh at that disabled guy? The day sort of summed-up Belarus – a place where ‘old-fashioned’ courtesy still exists. Long may it last.