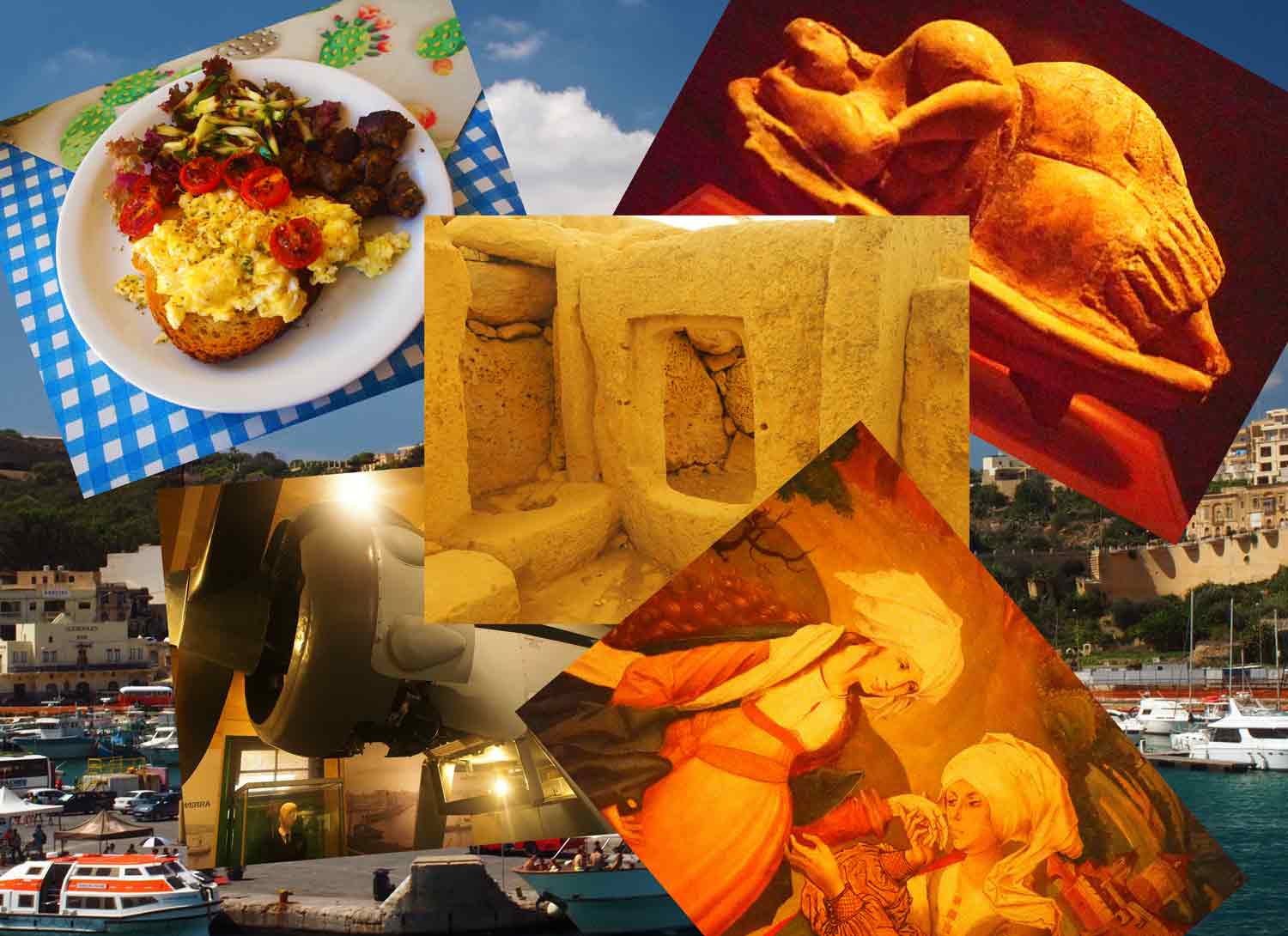 Seven months of travelling nearly done, and I’m siting in a plane, about to watch a documentary on Martin Phillipps of ‘The Chills’.

My trip started in Ukraine/Belarus. Then I moved south to Turkey – more precisely the Kurdish far south-east. An underlying theme was to see how many ‘Mediterranean islands I could bounce around. I followed two basic rules. Number one was ‘no-flying’ (other than getting to and from Europe, Belarus was the exception, its visa requirements are to fly in and out of Minsk). Rule number two was more relaxed, but it was to give serendipity a chance to work, by only making onward plans the day or two before.

I hadn’t planned on spending much time in Turkish Kurdistan, but a chance meeting in an Istanbul cafe with Catherine Wheatley – a current nominee for Australian of the Year (read about her work), changed all that (see Rule #2). Following her enthusiasm for the area, I made the ‘detour’, and I’m so glad I did. But all three ‘eastern’ places, Kurdistan, Ukraine and Belarus, were highlights of my trip. For a start they were cheap – hell, in Kurdistan I got a 15 plate breakfast for $3. Finding a cheap hotel room (I got one for $5 a night) simply required finding a hotel and asking. Typically I met no other ‘Western’ travellers and sometimes I was the only occupant, but somehow, like clockwork, I met at least one really interesting local person per day.

Further west, something changed. The inland Balkan countries were more expensive of course, but the backpackers I stayed in (after reserving on-line), were now full of interesting other travellers. Travelling as ‘the only western tourist’ is fun, but meeting a bunch of other like-minded people is fine too. But anywhere on the coast was incredibly crowded. Santorini was a bit of a turning point. I had long wanted to go there because of the archaeology, but I have never seen a place so prostituted to mass-tourism.

Further west, things changed again. Other than catching up with friends, travel now seemed to become largely about getting on-line to reserve the next bed, scrolling down through the list of “you’ve just missed out”, to find some fantastically priced bed in a 10 bed bunkroom (the one in Amsterdam was cunningly advertised as a “10+ bed bunkroom”, perhaps to avoid saying there were 18 people in there….), getting on-line to buy a Flix-Bus ticket (or the train, if I really needed to shovel money in a big way), pick one or two really good museums at 20 Euro a pop entry, get in, get out, and get on somewhere else. In other words, the ratio between being somewhere and getting there got very small. Serendipity seemed to vanish and none of those western hostels had much of an atmosphere to meet new people.

The last leg of my seven month trip was an Air New Zealand flight across ‘The Ditch’ (The Tasman Sea), from Brisbane to Queenstown. As we sat on the tarmac I fired up the on-screen entertainment to see what was on offer. Was there a decent movie, or should I finish off the book on ‘sleep’ on my iPad? I automatically gravitated to the “New Zealand Film Festival” section and what caught my eye was a documentary: ‘The Chills – the Triumph and the Tragedy of Martin Phillips’.

The Chills were a band that began in Dunedin in the 1980s. At the time, the city was the epicenter – of the ‘Dunedin Sound’, and The Chills were a core part of that. I was born there and returned to live in Dunedin as a student in 1980. I was in no way ever a ‘music fan’, going to live concerts or following particular bands and chasing up various albums. My student life was fairly frugal (I saved my money for travel) and my social circle tended to be similar. In those days, to listen to local bands typically meant submerging yourself in a thick cigarette haze in The Empire or The Cook. Not my scene at all. However, courtesy of Radio One, I did enjoy and was proud of, New Zealand music.

I took a break from studying in the mid 80s and spent over a year in Europe (Consciously trying to avoid the expat kiwis in Kensington, I ended up in Cambridge, and in retrospect, must have been there while The Chills were in London). I remember that when I came back, my Geology class-mate Robert McCone filled me in on what had happened in my absence (yes, this was pre-internet). An important bit of news was that an album had been produced – ‘Tuatara’, which collated songs from a whole bunch of kiwi bands, including The Chills. I went out and bought it, and at some point also got The Chills ‘The Lost EP’ (“Gifts, letter-bombs etc to: The Chills, c/o Flying Nun Records”). (And, dammit, what’s happened to my copy of The Clean’s ‘Boodle Boodle Boodle’?).

Maybe it took my time away to notice how special Dunedin was. It seemed to me like there were two punks, two skinheads, two Rastafarians, two hippies – pretty much a couple of any genre you could think of – and best of all – no-one batted an eye. I set out to record some of these characters in a series of black and portraits (I wish I had started earlier, but such is life, and that’s another story). But I made a point of not focussing on ‘famous band members’ and despite going through most of the 80s in Dunedin, I never met any of (what I thought were the four members of) The Chills.

In the mid – late 80s, The Chills were riding a wave of fame, and were, so I’m told, second only to Split Enz. And then what happened? I left Dunedin for Tasmania in 1991, just as my life as a photographer was getting some traction. The ‘Dunedin Sound’ was still a thing, and I remember driving through the Tasmanian midlands on the way to a field area, now tuned to ‘Triple J’ and listening to the ‘Straight Jacket Fits’. But then it all seemed to fade away.

Now it’s 2019, and back to that documentary in the plane. ‘Chill #1’, Martin Phillipps is in a bad way. A doctor lets him know that his hepatitis and drinking is going to kill him, and fairly soon. Cut next to Phillipps’ Dunedin home, which has a lot of …. Stuff. There are shelves and piles of DVDs, books, toys, various knick-knacks, diaries and music awards. Phillipps remarks that: “I didn’t expect the sum total of what I’d achieved was to be in Dunedin surrounded by things that gather dust”. He add that, because he lives alone, “a lot of this stuff has kind of filled that void”.

‘What happened’ of course, as we listen to Phillipps and other member of The Chills speak, was real life over thirty years plus. To me, the centrifugal forces that must have operated on several interacting egos while endlessly touring, are unimaginable. Whatever the details, they left a trail of mixed emotions among previous band members, a manager, and Phillipps alone in his place full of nostalgia and a looming expiry date.

I can relate to Phillipps in number of ways. First-up, of course, I’m of the same cohort, and lived in Dunedin in the 1980s. I know full-well the Gothic atmosphere that the film makers, Julia Parnell and Rob Curry, evoke with spliced-in shots of Dunedin hillscapes and suburbs (Hamish Kilgour of the Clean describes Dunedin as a cauldron, with the low-hanging sky its lid). But secondly, I can easily relate to Phillipps’ penchant for ‘collecting’. I’ve long thought I had a gene for collecting – it would have come through my mother, definitely not my father, and it didn’t get passed to my sister. As a kid I collected fossils – that led to my research on New Zealand plant fossils. Along with my Dad, I collected stamps and Matchbox cars, and of course, cards from Weetbix boxs, coins, shells, and more recently, textiles and ancient jewellery. I compulsively wrote diaries and I’ve also kept every letter and postcard I was ever sent (up until I scanned most of them a few months ago). They were all things to sort, number, catalouge, database, store and occasionally retrieve. This was, I would always tell my self, ‘collecting’, certainly not ‘hoarding’, which you see on TV.

Of course, it’s only a matter of degree. The Minimalists – a couple of guys who blog about reducing your possessions, argue that “Collecting material possessions is not unlike hoarding”. In fact, they point out that according to The Oxford American Writer’s Thesaurus, “hoard” is a synonym of “collection”. They wondered “why so many of us collect things: why do we give our belongings so much meaning?” and proposed that “The things we collect become elements of us: our collections become part of our identities.”

Just before I headed off on my seven month trip, I made a serious effort to reduce my books. I took a couple of car-boot loads to a book shop in Brisbane and another couple to a shop in Alexandra and gave others to friends. If you’d suggested to me two years ago that I would give away a huge pile of my books, I would have laughed out loud. I’ll freely admit to having too much Stuff, but much of that is/was books and books (usually) aren’t typical status-symbol stuff, like wide-screen TVs or the latest iPhone. As such, I’d thought that books were covered under some sort of exemption clause. But the reduction in volume was liberating and other Stuff followed the books. Much of it to the bin. The elevation of ‘Getting Rid of Stuff’ to an over-riding problem in my life was swift, and totally unexpected. What next?

Overseas, I had plenty of time to think about why “we” travel. There are lots of reasons of course, some good, and perhaps some less comfortable to admit. But more and more these days, I think there ought to be a good reason. Mine include liking to get a sense of ‘scale’ for some landscapes, and hoping to spot some things in museums that perhaps aren’t out there on internet land, and I like meeting interesting people. There is some shameless country collection (tick San Marino) to add to my list. Naturally, I take lots and lots of photographs, and now that I’m home, I’ll have to … sort, number, catalouge, database, store and occasionally retrieve them. Yes, this is familiar territory and though photos and memories don’t take up volume like normal Stuff, a little voice tells me that it’s uncomfortably close to …. hoarding.

That Chills documentary really scored a hit just after Phillipps tips a box of plastic toys onto a bed. It instantly reminded me of one of my boxes of assorted cereal box collectables. Having been primed by that image, Phillipps goes on to say,

“Some of my collecting must have been a distraction I think, … just feel like I was doing something, achieving something.”

And that, that ‘distraction’ to make you feel like you are ‘achieving something’ probably underlies a lot of what people do – collecting or hoarding, as well as travel, and other activities, like (non essential) shopping.

Faced with death, Phillipps hoped his lifetime collection of Stuff would come together as an exhibition – I suppose it would be another kind of achievement. But best of all would be The Chills making more music and some sort of resolution among its members. I wish the best to Phillipps and other members of The Chills, past, present and future (does that spoil the plot?!). The documentary was a well-made and I’m glad I watched it. It was thought-provoking but perhaps the most surprising thing in it was to learn that there have been 21 members of The Chills, and I’ve never run into any of them!