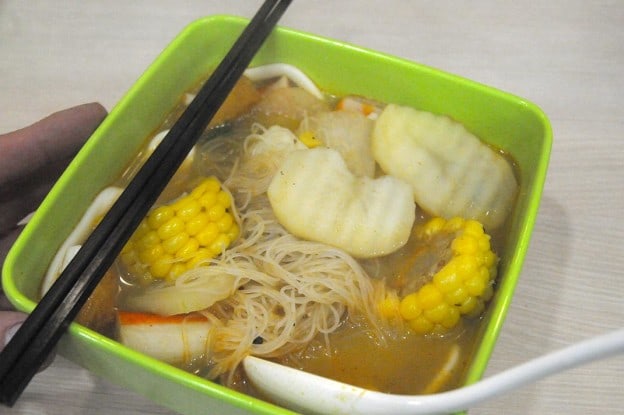 I thought I had this place sussed. Nice small spot, friendly staff, and a nice noodle dish that the staff kept pointing out to me on the menu before I could find it. And a cat called Wang-Cai. The name got some giggles when I asked for a translation from a colleague – it implies that it is going to make its owner rich. Wang Cai is a slightly greasy (well, he does live in a kitchen) tabby, who, if he is in the right mood, doesn’t need much encouragement to jump up and sit on your lap.  Blissfully unaware that he is in-between a bowl of noodles and a foreigner trying to maneuver said noddles to his mouth with chop sticks. 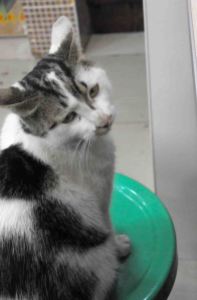 Wang-Cai the Cat and his owner.

And then one evening I went to go – and the place had vanished. I was sure I knew where it was, but eventually gave up. A few weeks later I had another go, finally locating it  – next door. Same management, and Wang-Cai was produced to prove it. But now it’s an entirely different style of place – another sort of ‘make your own soup’. Except this time you chose from a rack of all sorts of things that are shrink-wrapped. I have a bit of a downer on all the waste this produces, but …. ):

The bubble-wrapped stuff you can select from.

My selection before cooking. You can see the result in the Featured Image.

I chose a bunch of things (you collect them in a basket) then they get tallied up. My lot came to 23 RMB. Then they ask which base you want (there are pictures on the wall), they cook it up and then bring it out 10 minutes later. It was really nice – although much bigger meal than I needed.

Wang Cai and his kitchen are on Taiping Nth Rad – on the corner of the little alley opposite Wengchangqiao Rd.

The view from outside.