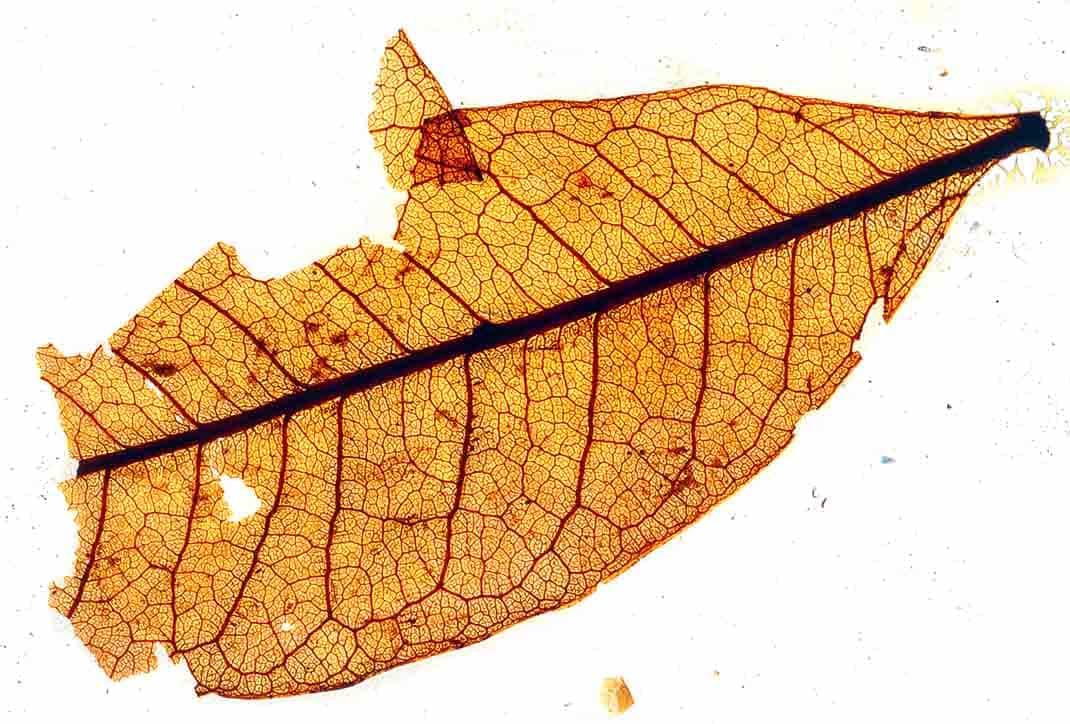 The biodiversity of Blue Lake, at St Bathans, New Zealand, is precisely zero. It is an artificial lake partly filling a hole blasted out in the search for gold in the 19th century. The hole is directly in front of one of St Bathan’s and New Zealand’s gems – the Vulcan Hotel. If you ran out the front door and forgot to stop at the cliff marking the edge of the old workings – you would land in one of the most biodiverse fossil plant sites anywhere on the planet.

The gold miners were sluicing quartz-rich gravel and sands. But in among those are thinner beds and lenses of mud. These are often full of plant fossils of Miocene age – say around 17-18 million years. Sometimes these are amazingly-preserved whole leaves – the featured image and one below show fossil leaves that have been floated out of the mudstone and then set in glycerine jelly between sheets of plastic. But often the fossils are just a hash of leaf fragments. This looks like a handful of compost at first, but it’s this hash, plus the extremely good preservation of that hash – that can make just a single handful of mud rich with fossils.

On the slope marking the edge of the Blue Lake digging and in front of the Vulcan Hotel there used to be a pine tree. It was my marker to locate a lens of mud remarkable by itself for its fossil plant content. In a few handfuls of mud from that lens were seven genera of conifers and at least 48 flowering plants. The conifers included some of our familiar New Zealand trees – like matai (Prumnopitys) and rimu (Dacrydium). But there were also surprises. There was Acmopyle – unique as a ‘hairy’-leaved conifer, and only growing in Fiji and New Caledonia now. Also Retrophyllum, a conifer with a distinctive paired arrangement of leaves along its shoot, but now found only in New Caledonia, Melanesia and South America.

And that little lens was just the start of it. Blue Lake has many such lenses, and over the hill is a ‘sister-lake’ – one of the local names being ‘Grey Lake’. It has a similar kind of geology. The sands and mud exposed in these lakes were deposited in an ancient river flowing along what geologist Barry Douglas (1986)  has called the ‘St Bathans PaleoValley’ (part of the Manuherikia Group). It came from uplands in the west, to the coast somewhere to the east. In both Blue and Grey Lake muds I’ve now recorded a total of 13 conifers, 144 flowering-plant types and a further two cycad-like ones. To put this biodiversity in context, As a comparison, today there are around 215 species of tree in the entire New Zealand region (including the subtropical Kermadec Island; McGlone et al., 2010) and nine genera of conifers. So in an area of just a few hectares – there are more fossil conifer types than in all of New Zealand today. This is one of the most biodiverse, and perhaps the most, Miocene plant fossil localities anywhere.

What caused this high biodiversity? It was certainly warmer – the climate was warm temperate or even subtropical. Average temperatures would have been at least 6-7 degrees warmer than today. But perhaps more importantly, the cooler temperatures would have been much warmer. The harsh frosts and snow that St Bathans gets now, would have been entirely unknown. The kinds of rainforest plant fossils found at Blue Lake prove that rainfall too, would have been higher and more consistent, quite unlike the low and drought-ridden climate that the area has now. On top of that, Douglas considered that the ancient river was ‘braided’. This is a type of river that has many channels, and switches between  them from time to time. This process keeps vegetation in various stages of ‘succession’, allowing many species a chance to find their niche.

Vulcan Hotel, St Bathans, New Zealand in the snow. There would have been no snow, or even frosts, during the Miocene when biodiverse rainforest grew here.

The Miocene plant fossils of Blue and Grey Lakes are a treasure -trove and much remains yet to be understood. Many of the fragmentary plant fossils are still unidentified. They are clearly not plants living in New Zealand today – but where will similar plants turn-up? New Caledonia? Patagonia? Madagascar? And just what were the plant communities that lived in the St Bathans Paleovalley? How many new fossils wait to be found?

And that first lens of mud? The one beside the pine tree? Pine trees are an introduced, often invasive conifer in New Zealand. Their spread across parts of New Zealand is causing problems (they shade out smaller natives, acidify the soil and are a fire hazard) and so the Department of Conservation is doing their best to control the pines. That pine, one of the few trees in an otherwise naturally vegetation-free spot, was removed, and along with it, much of that biodiverse fossil lens. In fact, with the pine tree gone and the disturbance that created, I’ve had trouble re-locating it.

Something very ironic there!