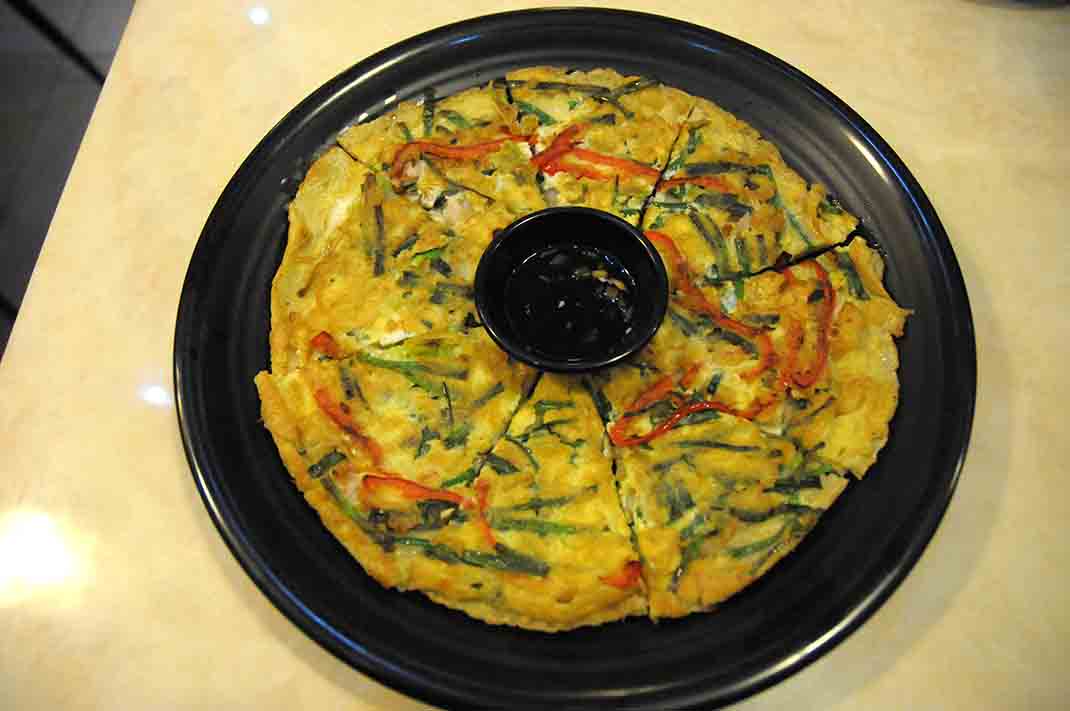 Korean Leek Cake – yum! Never heard of it before, but it tastes as good as it looks (see featured image).

This is a Korean restaurant that’s on the edge of locally cheap,  but well worth a visit.  The Korean leek cake is sort of a cross between a quiche and a cheese-less pizza. It’s 38 rmb, but before it comes the host (a pleasant, and I presume Korean woman) brings out several extras. There’s a kind of vaguely dark and sweetish soup (the bowl on the right in the shot below). I first thought it may be a sauce, but the host speaks some English and assures me it is a soup. There’s also a couple of bowls of kimchi, and a piece of sweetish cake.

Some extras to keep you happy before the main arrives.

There are a bunch of things I’d like to go back and try here. There’s a good rang of bibimbap, and sushi of course. Here’s a couple of pages of the menu, helpfully both in pictures and English:

This place is right next to what was ‘Have Never Met’, which changed ownership just after I posted about it (more on that in another post).