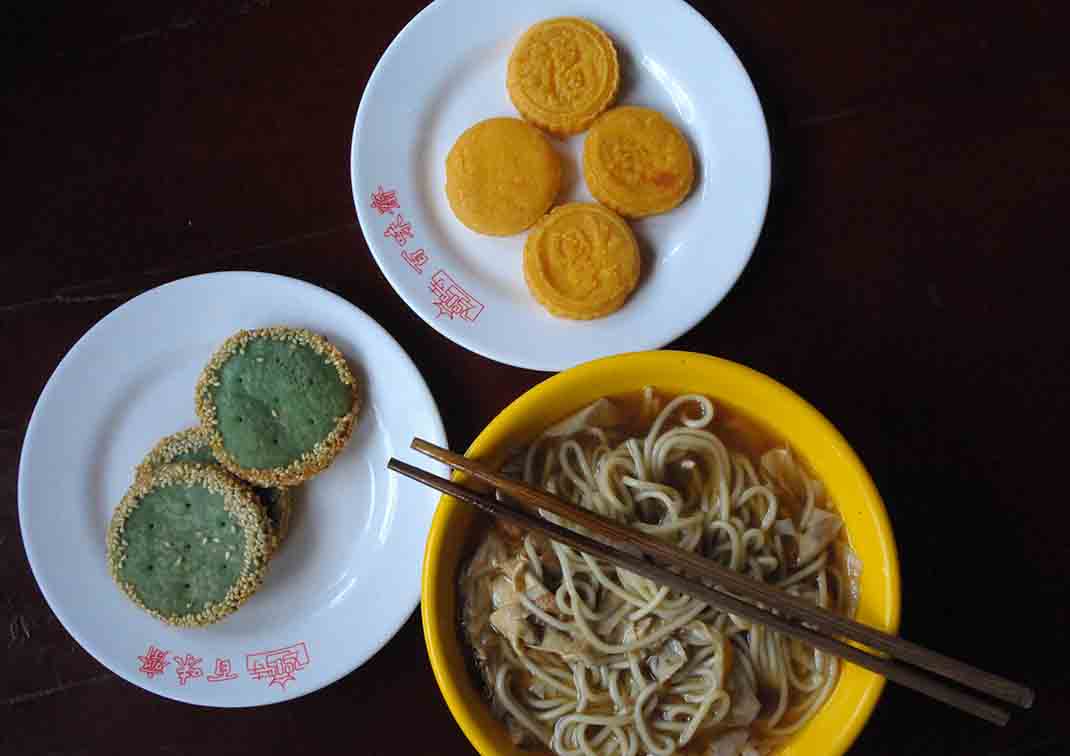 The Jiming temple is our neighbour at NIGPAS ( the Nanjing Institute of Geology and Paleontology). I can see them out my office window.  According to Wikipedia, the temple was first built in 557, then what we have today was “initially” constructed in 1387, then destroyed, then rebuilt. So I suspect it’s a bit like the Australian axe (“had it for 60 years, 5 handles and 3 heads!”). Whatever its true age, it is impressive.

Better still, it houses a restaurant. The only catch is you usually need a temple entrance ticket – 10 RMB. However, this will get you three sticks of incense. I guess you could take them home, but if not –  wander in with them. If you get lost, just keep going up. Eventually you’ll see, and smell, where the incense goes. There’s a little room with candles for you to get them alight, then, go and plant them in the big bowl. And try not to brand the underside of your arm as you do.

Ready to place incense in the bowl.

The restaurant entrance is directly opposite. It’s entirely vegetarian, with a bunch of mock meat dishes. I tried ‘Vegetarian goose noodles’ – for 10 RMB. Now here’s a thing. You can go to some restaurants, look at the menu, and decide that the photo with the plate of four dumplings for 5 RMB looks like a nice entree. Then, when it arrives, you find out it was 5 RMB for just one dumpling. Here, I thought I would splash out and try a couple of entrees advertised at 5 RMB – and  basically got what was in the photo. Three of one and four of the other – sort of biscuits, warm, and with a soft center of sticky rice. The vege goose was heaps for lunch, so the biscuits went home for dessert. See the featured image for the whole deal.

The Jiming Temple restaurant is in the north of Nanjing. From your table you can look directly over the wall, and on to the lake. The temple complex closes at 6:00 pm.