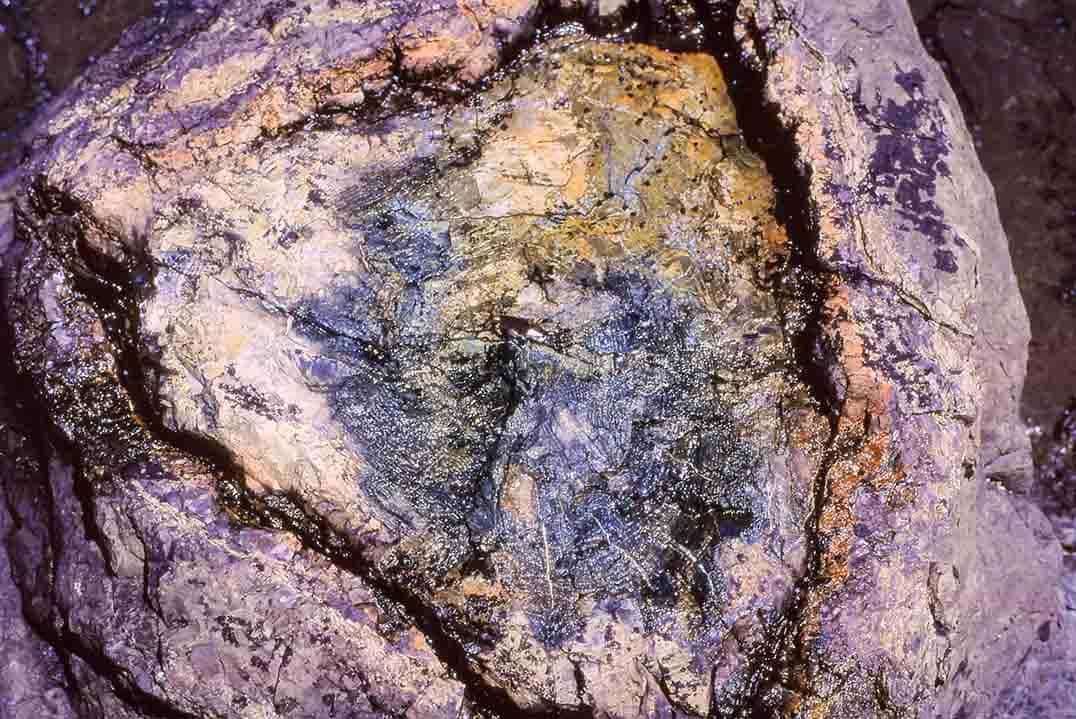 Back in the late 1980s I had the pleasure of meeting the English scientist David Bellamy. Bellamy was famous at the time as ‘The Botanic Man’, and he was in New Zealand to film for ‘Moa’s Ark’, a TV series and book about the development of New Zealand’s flora and fauna (including the extinct moa birds) over time. ‘Moa’s Ark’ describes the view that New Zealand broke away from the edge of Gondwana (in this case, Australia and Antarctica) and drifted into the Pacific with a compliment of life that was then preserved in isolation for many millions of years. I don’t subscribe to that view – but hats off to the series and the book (and the title!). They were an inspired bit of science communication.

Curio Bay is a petrified forest of Jurassic age, located in southernmost New Zealand. This was when New Zealand was firmly attached to Gondwana. You could have walked to what was going to become  Australia or Antarctica from Curio Bay at the time. If you wanted a place to start talking about the voyage of ‘Moa’s Ark’, you could hardly beat the real Gondwanan fossil forest at Curio Bay.

I ended up in contact with Bellamy because of my work on Curio Bay. I had mapped part of the forest, studied the rocks that encompass the fossil forest, and searched the coastline for many kilometers either side of it for additional clues.

Curio Bay seems to have been a first generation forest. There was a flood that deposited sediment over a large area, forming a ‘clean slate’ for a new forest to grow. When the forest was preserved – by another flood, silica from the sediment percolated the wood and preserved it. In many cases you can walk around the forest and can see at least some of the growth rings in the tree stumps. On this basis, most of the trees in the forest were rather young when they were preserved, say 50-60 years. There are a few that much older, perhaps around 200 years. These may have been the very first trees to colonise the new flood plain surface. Gradually, the space around them was filled in by more trees. The fact that there are growth rings at all, tells us that there was some kind of seasonality – perhaps temperature, or even light conditions (the forest grew much nearer the South Pole than it is today.

I showed David Bellamy and his crew around the fossil forest, taking them to what is the most prominent large fossil stump. The idea at the time was that Bellamy would be Robin Hood, in Sherwood Forest, England, and shooting off an arrow. The arrow was to fall, and bounce off one of the petrified logs at Curio Bay, and story would begin. When I pointed out the big stump, and its growth rings (see the featured image), Bellamy, a gifted communicator – placed the arrow head-down, its tip on one of the growth rings. “I wonder what story this might tell us?” he asked – and proceeded to run round and round the stump, like a record player (note to younger generations, these were devices to play music from flat disks. The typical speed was 33 rpm, or a faster 45 rpm). After a couple of revolutions, Bellamy announced: “Wrong speed!”, and ran round and round even faster.

“What story?” indeed. I’ve added to it, but Curio Bay and its fossil forest will have more to tell us yet.

*Clicking on these links will take you to my Academia.edu site, where you can download a pdf of the paper.