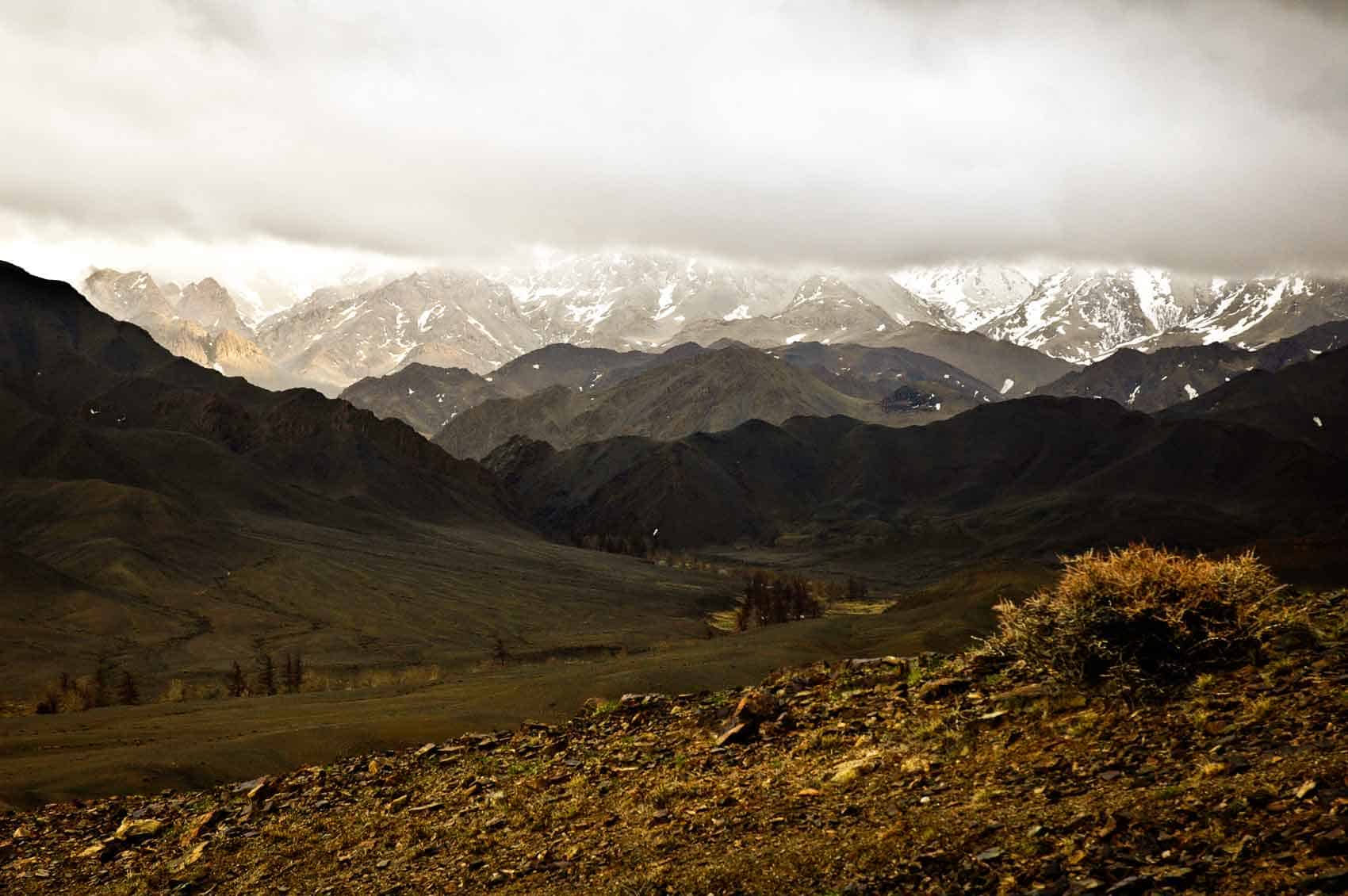 “Would you like to see a Museum?” We were in one of the most remote parts of Mongolia – and I wondered what my driver was talking about.

Work Place Health and Safety in Mongolia really came down to you – ‘Don’t Do Stupid Stuff – because any help was going to be a long, long way off. All the same, I liked doing one activity that would have given any western university manager an apoplexy – getting out, by myself, in the wilderness.

There aren’t many places where you can be the only person for kilometers – and suddenly realise that the world is so quiet that the only sound is the blood pumping through your own body. But it happened in Mongolia. It was one of the reasons I enjoyed heading out alone, whenever I could, for day-hikes in the Mongolian wilds.

On one such occasion, we were in Mongolia’s far southwest, within the restricted military border region, and only 6-7 kilometers from the Chinese border. On this morning, after we left the desolate group of buildings where we spent the night, my Buriat driver ‘Amar’ (Амартүвшин) and I never saw another soul.

Twelve km of lumbering down dirt tracks to the southeast, I left Amar in his vehicle on the edge of a dry river, and headed further southeast on foot. Following my usual plan, I would make some sort of loop, and aim to get back late in the afternoon. I was looking at the geology – and there was plenty of that. It was dry, desolate, mostly ridges and valleys of bare rocks. For several hours I wandered over dry flood plains, along the edges of ridges, and up and down little hills. Everything seemed deserted now. There were no people and no animals, but it clearly hadn’t always been that way. Out there in the middle of no-where, I came across a lonely Bronze Age burial mound – it was a UFO-like pile of rocks surrounded by an outer ring of rocks. Nearby was a thin line of willow trees, almost the only sign of green that I saw.

In Mongolia’s far south-west border region, I spot a Bronze Age burial mound in the distance – with a few trees along a dry watercourse in the foreground.

When I reached about 4 km from the vehicle, I headed south a bit, then started to loop back to the start point. I was getting weary – back to the northwest, in the same direction as my waiting driver, I could see black storm clouds brewing. I took these seriously and didn’t want to be caught out in the open when one struck. As the day went on, the storm looked more and more like it was heading my way, so I put on the pace and began to head directly back to where my GPS told me the vehicle was.

The country I wandered through, entirely alone, in Mongolia’s far southwest border zone.

I reached the Landcruiser where Amar was there waiting, just as the storm slid quietly past us. It had been a 10 km hike – at the short end of typical for a day’s field work in Mongolia. I then braced for our lurching 12 km , drive back along the rocky dirt track to the compound where we were staying. However, barely had we started to move when Amar hit me with a surprise: “Would you like to see a museum?” he asked, clearly relishing the confused look on my face. A museum? Here? Whatever it was that he meant, it apparently wasn’t far – just a kilometer off our track ‘home’. We headed off along another rough track to the west – directly towards China. Soon Amra parked our Landcruiser and I slid out to see a footpath – outlined with white rocks, curving up and away onto a ridge. It was slightly surreal, and the last thing I was expecting out here. I had no idea that Amra had been to this spot before but he was keen to show me something very important. With the sun getting low in the sky, we walked the 200 m up the path.

In the remote corner of Mongolia’s southwest, within the restricted border zone, a white stone lined footpath leads up a ridge….

The ridge we were on was the edge of the Bayrik Mountains – between the Gobi Altai to the north and the Tian Shan to the south. Below us, to the southwest, was a broad dissected valley, and beyond that, the snowy peaks marking the Chinese border.

Amar in front of the memorial to ten Mongolian soldiers who fought to the last man here in 1948.

The footpath ended on the the ridge top, and there stood a concrete memorial – with ten names on it. As I looked around – I realised I could see several shallow holes, that had been hacked into the rocky ridge line. With mutual language restrictions, I slowly understood what Amar was showing me. Those holes were ‘foxholes’ – where men had fought and died. Ten Mongolian soldiers had died here in 1948. They had the misfortune to be posted at this spot when a mass of the Chinese Red Army – hundreds of them, attacked.

Foxholes in which ten Mongolian soldiers fought to the death, line a ridge in the far southwest of Mongolia. They fought against an overwhelming force who attacked from China (in the background of this image).

The Mongolians remained in their fox holes and held off an overwhelming enemy force, as fighting became close, with guns and grenades. And finally, every one of them was dead. Only at this point, the Chinese, for whatever reason – perhaps they had made their point, or hadn’t realised that the resistance had been eliminated, then retreated back to the border.

A few days later, and more than half a century after that battle, we had put more than 300 km of difficult driving behind us, and reached the western Mongolian town of Khovd. It’s a charming spot on the edge of the Kazhak-dominated part of Mongolia. I visited its museum and in one room I realised that i was looking at a huge painting, depicting that very battle on the Chinese border. The museum exhibits are not in English, but the display was enough for another piece of the jig saw to fall into place.

Mural in the Khovd Museum showing the battle between Mongolians and Chinese in 1948.

That battle site is a poignant spot of course. Anywhere where people have fought are. But lives lost in such a remote spot – in an almost forgotten conflict (try Googling it), make it all the more so. Of course, Chinese lives were lost too, and at other times, it was Mongolians fighting well inside what is now China.

It was an eye-opener to me to see and learn about a conflict that I had known nothing about.  If anyone can add details, or correct me, please do.

And thanks Amar, for taking me there.