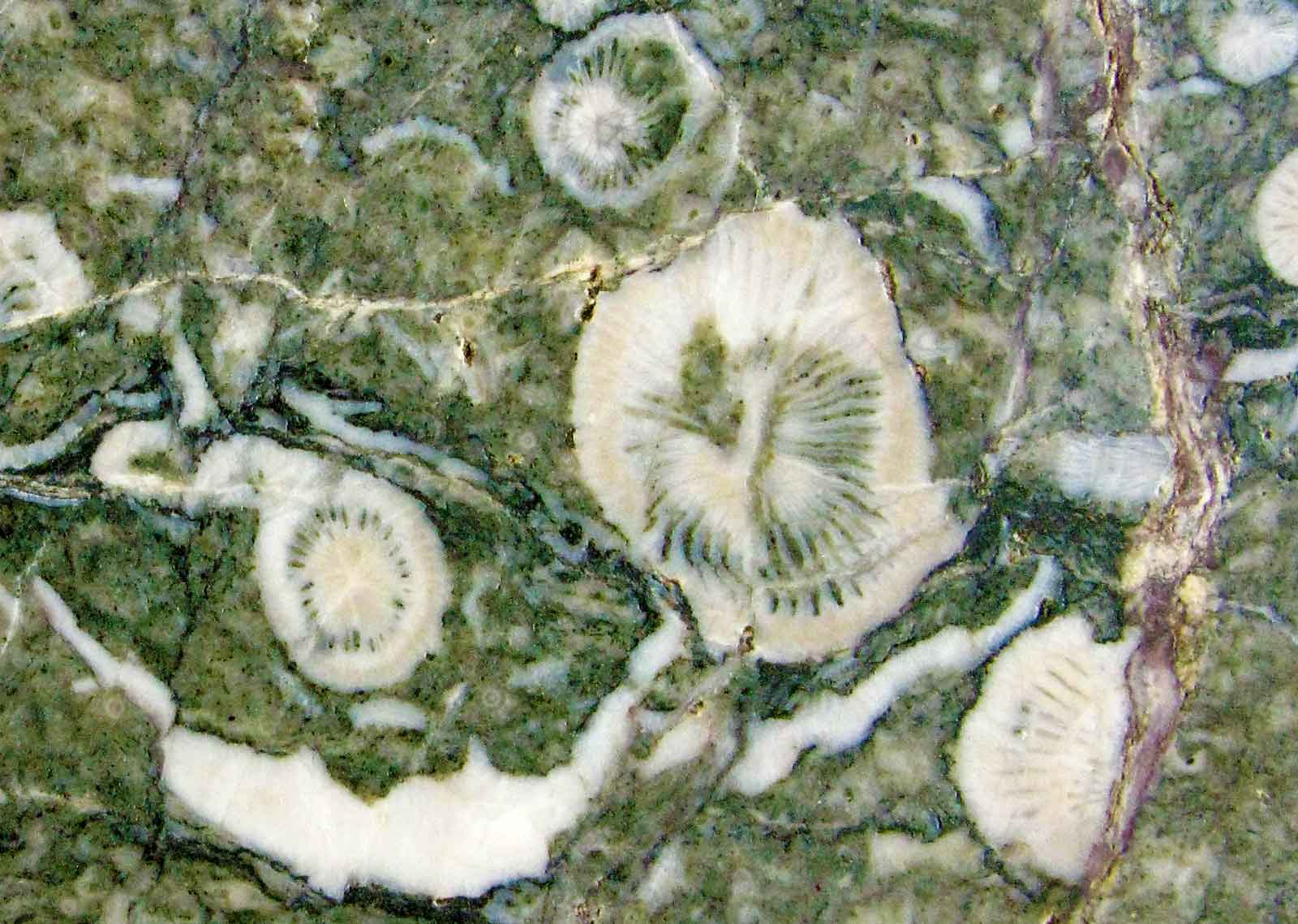 I met Bob Carter after one of my fossil-collecting mates, Duncan McLeod, came across some shell fossils in a ‘marl pit’ on his parents farm property near Winton, southern New Zealand. This was about 1974-1975 when I was at primary school. I traveled from my home in Alexandra to stay with Duncan and collect some of the fossils with him. I must have then written to the Otago University Geology Department to tell them about the fossils. They got the attention of Fiona Hyden, who was doing her PhD on the limestones of Southland. I went to Dunedin and met both her and Carter, who was one of her supervisors. They either shared, or had adjoining offices (a decade later, I had either Carter’s office or the one next door for a time myself). My first sight of Bob was of him sitting at his desk shaking his head in frustration. He had just given a first year Geology lecture, and had taken some prize fossil specimens to show the class. These included a tooth from the massive (and extinct) shark Carcharodon megalodon. After the lecture, Carter returned to his office, and only then realised he had left the tooth in the lecture theatre. He had rushed back – only to find some scoundrel had already taken it.

Despite losing that, Carter sent me home with a slab of rock with Permian fossil corals (see my featured image) from Productus Ck (near Southland’s Takitimu Mountains) as well as a sheaf of scientific ‘reprints’ from the Geology Department collection. These included one describing the geology of Productus Ck, which spurred me to hike in there when I was 15. As well as his research, Carter did his part in public education. For example, his 1974 series on New Zealand’s geological development in ‘New Zealand’s Nature Heritage’ was pure gold to this Central Otago teen-aged hick (yes, I did speak in rising tones, end every sentence with ‘eh’, and wear checked-shirts). I think it would be impossible to convey the importance that I placed on those ‘Nature Heritage’ articles to someone of similar age in today’s image and information-saturated world. In short, Carter was a considerable influence in my life.

Once I became an Otago student myself, I had Carter as my lecturer only in the first year, after which he moved to Australia. My favourite memory is on a field trip, as the class strode across country towards the cliffs south of Dunedin, I was being a smart arse picking his brains about something to do with an upcoming exam. His response: “Well, if you think it’s a bloody stupid question, then write ‘bloody stupid question’”. I think everybody who knew him will relate to that.

I saw him again in Townsville in the early 1990s when I was involved in spending a week on a converted fishing trawler sampling the Grafton Passage for Holocene mangrove mud. Finally, probably around 2000, I bumped into him in the University of Queensland Bookshop (incidently, as part of an apparent policy of getting rid of books, UQ has now closed that bookshop). After a brief chat, I never saw him again. But not long after that, Bob surfaced quite publicly. He became possibly Australia’s most prominent spokesperson for the view that carbon dioxide is not causing global warming. Or at least, as Carter (2008) would qualify, it didn’t cause ‘dangerous human caused global warming’.

His initial foray into this field was in 2006, with a critique of the Stern Review (which assessed the possible economic cost of future greenhouse warming). Other works followed, including his 2010 book, ‘Climate: The Counter Consensus’, a 2011 article ‘Ways to combat green totalitarianism over global warming’ and in 2013 another book (with several co-authors), ‘Taxing Air: Facts and Fallacies about Climate Change’.

Carter’s stance on the issue bothered me, because I ‘accept’ the vast research that has accumulated over a good 150 years that form the basis of greenhouse theory, how its details have played out in the past, and how they are likely to play out in the future. ‘Accept’ is not the right word. Over more than 15 years, I’ve immersed myself in the field, sometimes devouring around five publications a day on the topic. I’m not a climate scientist – ‘palaeontologist’ will do, but I think I understand greenhouse theory well enough. Now here was a man whose science I did, and still do, highly respect, coming out with views diametrically opposed to mine. How to reconcile this?

At the time of his 2016 death, Carter had 137 peer-reviewed scientific articles to his credit (Nelson, 2016). The number alone is enough to place him in the ‘distinguished scientist’ category. But it’s the content of just a few of those papers which continually impress me. For example, his 1975 analysis of different types of sedimentary mechanisms was world-class, and his philosophical insights into stratigraphy (e.g. Carter and Naish, 1998) and synthesis of the New Zealand system (Carter 1988) were both thought-provoking and useful. The ‘Marshall Paraconformity’ is a geological feature in parts of New Zealand where it seems that slow marine sedimentation stopped and strong submarine currents caused erosion instead (see my blog post). Carter thought deeply about the phenomenon (Carter, 1985), and then incorporated it into a Pacific-wide view of oceanic currents, sea levels changes and shifting continents (e.g. Carter et al., 2004). So Carter had the kind of intellect that relished recognising a problem, getting his teeth into it, working his way to an explanation and putting it into the bigger picture. Ocean currents and sea level changes were strong themes, central to his research analysing how coastal basins had evolved over time.

But also fundamental was his understanding of how the Milankovitch Cycles (changes in the Earth’s orbit) controlled the timing of the glacial-interglacial cycles, and thence the sea-level. The mathematics of the cycles had been figured out by the Serbian Milutin Milanković in the 1920s, but they really only got onto the radar of paleoceanographers in the mid 1970s (e.g. with Hays et al. 1976).

The Milankovitch Cycles were Carter’s major addition to what he understood about climate drivers since what I experienced at Otago University in the 1980s. To the extent that anyone thought about past climate change at all in OU in those days, it would have been in terms of changing oceanic currents, extending in some cases, to the changes in continental position driving those. I don’t recall Milankovitch Cycles being in the air at that time, but Carter had certainly incorporated them by the early 1990s (e.g. Haywick et al, 1992. and later with papers such as Carter, 2004, 2005). But atmospheric physics, including the greenhouse effect, was simply not on the horizon at that time. And despite Carter’s obvious enthusiasm for palaeoclimate, there is no indication that his interest in climate’s fundamental drivers later ever seriously extended beyond the Milankovitch Cycles, or changing oceanic currents (but do note Mclean, de Freitas and Carter, 2009 and this critique of it ).

In his books’ Carter used the Milankovitch Cycles as the frame for climate change. These warm the oceans enough that carbon dioxide is expelled, which then acts to warm the atmosphere further. However, they are an entirely inappropriate frame for current climate change, as the Milankovitch Cycles are not a greenhouse forcing. As a palaeontologist, Carter had to be aware that a far more appropriate analogy is what happened at the boundary between the Paleocene and Eocene periods around 55 million years ago. It’s been dubbed the ‘Paleocene-Eocene Thermal Maximum’ and it appears that the world warmed several degrees in a geological instant (see my blog post). This most likely resulted from a massive burst of methane into the atmosphere. The physics behind this pure greenhouse forcing, have been discussed since at least 1997 (Dickens et al. 1997). But the phenomenon is a resounding blank in Carter’s books. For anyone apparently happy with the mantel of ‘paleoclimatologist’, omitting the Paleocene-Eocene Thermal Maximum in a book educating about climate change with geological examples – is unforgivable.

While Carter’s primary research publications are (mostly) damn good science, his books criticising atmospheric physics have been caned in excruciating, forensic detail. For a critique of ‘Climate: The Counter Consensus’, see Brian Harrisson’s report and for ‘Taxing Air: Facts and Fallacies about Climate Change’, see Ian Enting’s report. The criticisms are not personal differences of opinion. They are down-right embarrassing. It’s not the place to go over them here, but I’ll mention one: on p. 116 of ‘Climate: The Counter Consensus’, Carter writes: “There is no Theory of Climate”. Harrisson deals with this in his own way, but I mean, duh, there is atmospheric physics. What is Carter really trying to say here? (Could his research be dismissed with “There is no theory of geology”?). What is someone of Carter’s otherwise giant statue, doing coming out with this stuff?

In his obituary of Carter, Christopher Jeans notes that Carter got “a very large bee in his bonnet” over the film ‘An Inconvenient Truth’, starring Al Gore. That’s a rather telling comment. I think most kiwis might roll their eyes and gnash their teeth about what American politicians say, but most wouldn’t otherwise give a damn, let alone get a bee in their bonnet. Particularly scientists. Unless….. their core world-view was driven more by ideology than science. I suspect this lies behind Carter’s rather abrupt deviation into atmospheric physics. Where science got uncomfortably close to some fundamental belief (perhaps, for example, the degree of government intervention in one’s life), shutters came up, and filters were applied (there are more detailed discussions of the phenomenon, but see for example, Nuccitelli, 2015).

Carter has been labelled a ‘climate change denialist’ by any number of critics (see a summary of him on DeSmogBlog or by Dana Nuccitelli). I won’t lump him in that category because I think that blatantly ‘Us versus Them’ rhetoric is not helpful. But for his part, Carter used the term ‘alarmist’ at least 31 times in his book (‘climate/warming alarmists’, ‘alarmist activities of the IPCC’, ‘alarmist propaganda’, ‘self-righteous alarmist critics’, the ‘alarmist BBC’, and the very revealing “Whether particular papers were written by ‘alarmists’ or ‘sceptics’ “). I think he was a very bright guy, just (?subconsciously) blinkered in one field.

Carter’s 2010 ‘Climate Consensus’ book was effectively his Magnus opus. He must have spent months, if not years, writing it. Then, in 2016, he died. I find it a big pity that a person of his stature could put so much effort in to collating what were already tired old tropes about greenhouse warming. There are so many titles that he could have written, based on his expertise, to have become his Magnus opus. Instead, precious time was spent on a book which will go down as just one more diversion to dealing with a massive problem (several degrees of global warming by end-century)

Like Carter, I’m a palaeontologist. But I’m alarmed. And I think you should be too.

By the way, if that sod who nicked the shark tooth never gave it back, but put it on eBay today, it would probably fetch a few hundred bucks……

Carter, R.M. 1975. A discussion and classification of subaqueous mass-transport with particular application to grain-flow, slurry-flow and fluxoturbidites. Earth Science Reviews 11: 145-177.

Harrisson, B. 2012. A Review of Professor Robert M Carter’s Book.