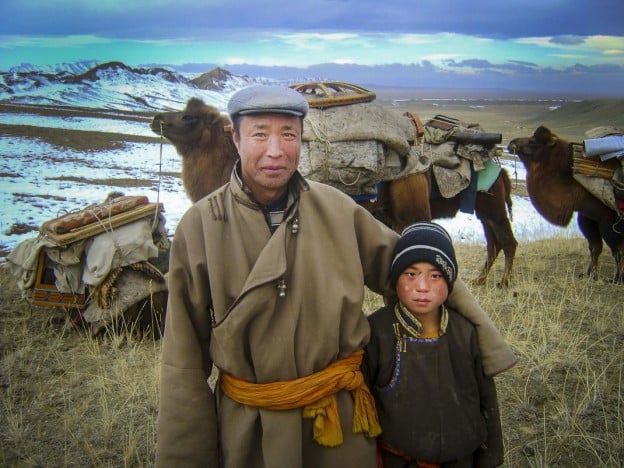 It’s March 2009 in Mongolia and there is an ill-feeling along the Gobi Altai. The year before, and some months after the last time I was in the area, a massive flash-flood had barreled out of the mountains. It funneled down what is normally a broad, dry valley. Many nomads, camping in the valley, died. The proximal cause was clear – an extreme rain event. But what was behind that? Could it be an increase in rainfall intensity? There is evidence that the climate is changing. The nomads say that not only are conditions getting drier, but rainfall, when it comes, is heavier, does not sink into the soil, but runs off (Sukh 2012). Or could it be the increasing proportion of goats (versus sheep) that Mongolian herders now stock to provide more mohair for the tourism industry? Goats tend to chomp off plants closer to the ground, and can lead to desertification – which will escalate run-off.

The word in the country-side was that perhaps the spirits of the land were not happy with the foreigners. In the head-waters of that valley was a large foreign-run, coal-exploration project. This wasn’t ours, but hey, who’s splitting -hairs? Following the flood, a group of my colleagues were camping in the broader region. Some drunken and angry locals burst into the camp one night. In the fracas, the Camp-Manager received some blows and a driver had his arm broken. The intruders left, but with a warning – they would kill anyone who returned.

It was yours-truly who was fated to go back in the spring. Opinions in the Ulaan-Baatar office were polarised and strongly voiced. The colleagues who had ‘been there’, were understandably shaken-up. They, and others, suggested we didn’t go. But there was another group, who thought it was more likely just another case of drunken locals and people in the wrong place at the wrong time. In the end this view won-out, and we headed back to the Altai, but with our ‘radars’ tuned.

We were working with a team operating an old Russian augering truck, trying to drill holes into the rocky ground. Instead of hostile locals (and I wouldn’t blame them if they were), up the plains towards us came …. a camel train. It was that time of the year when the nomads pack-up from where they have hunkered-down for the brutal winter, and head back into the hills to their ancestral spring-summer camping grounds. The train came right up to us, trudging closer across patches of snow and grass – it was led by a man riding a horse, and his young, quiet son, riding a camel. They were both dressed in the traditional deels. The two-humped bactrians, all six of them, were loaded up with all the paraphernalia of a ger (the nomadic tent, or ‘yurt). The round disk that form the centre of ger was easy to spot. It was strapped to a pile of felt that gets wrapped around the ger as insulation. Another camel had the rafters, that fit into holes in the disk and radiate outwards to support the roof. Others had some of the lattice-like wall frame, or the traditional orange-painted wooden furniture.

Young boy with Bactrian camel, Mongolia. The wheel-like object on the rear camel is the center-piece of a yurt (or ger in Mongolian)

They stopped for a chat, and through my colleagues, who could interpret, I learned something unexpected. The man had been educated at a University in Moscow, back in the Soviet days (I didn’t learn what in). But then the treat – I was enticed on a camel ride. The camel was not that thrilled, but was under close-control by its handler (not me). And then, ride and socialising over, they headed onwards  towards the Altai on their their rather lonely trip. Mum and probably other kids would not be far behind.

In the following video I’ve killed the sound. The silence is way-better than the infernal noise the augering machine was making in the back-ground.

But no animosity there, just traditional nomadic hospitality. I guess we were lucky.