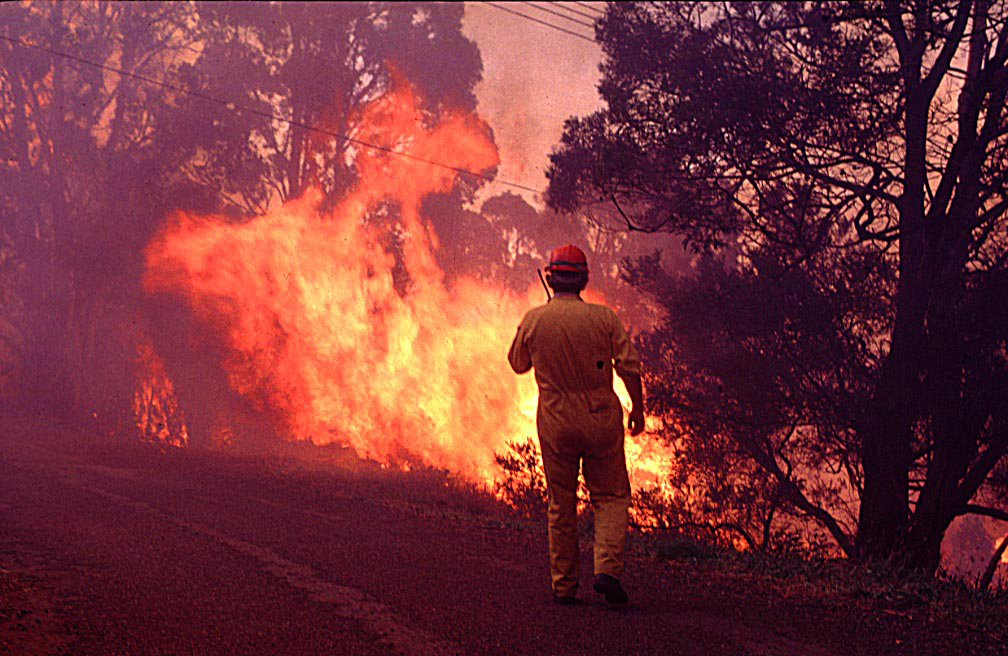 Tomorrow, Tuesday Nov 12, 2019 is looking very bad for south-east Australia (especially New South Wales, but also parts of Queensland, Victoria and South Australia), and this was clear at least four days ago.

The reason for this is the ‘synoptic’ pattern of atmospheric circulation that has been predicted for Tuesday – and how this will likely interact with a variety of already existing conditions (exacerbated by global warming and its effect on rainfall patterns) to contribute to widespread, intense, and essentially uncontrollable, fires (what you see in these links, will change in the days after I post).

That synoptic pattern is when an atmospheric high pressure cell becomes centered just off Australia’s east coast. Because of the anticlockwise movement of the air inside it, the western side of the cell then directs hot and dry air from the interior towards the southeast. As that air travels slowly south-east, it gets warmer, but typically it can also become compressed into a strong wind, even a gale, by a front moving east along Australia’s southern coast, or a trough further north.

This hot air is then directed against a part of Australia where, because of the long term rainfall average, forests grow. Much of this forest, because of Australia’s longer history – is typically very flammable (it’s full of Eucalyptus trees). That synoptic pattern is not going to start a fire, but it does put in place the conditions where, if a fire does start, or is already burning – the results might be a disaster. That particular synoptic pattern, in conjunction with features of the local landscape (like the vegetation, and its previous history of fires, wet years, and management), has produced what historian of fire, Steven Pyne, calls the ‘Fire Flume’. His books and other writings are a good way to get your head around the phenomenon of fire, links to some of his works are easy to Google. An earlier blog post of mine also discusses this topic (although the bit about Brisbane might require a re-write).

Of course, the actual ‘cause’ of the fire is typically found to be some person (arson, carelessness, accident – something some politicians like to seize upon). Legally, there is a point to identifying a proximal culprit, but the important point is not what or who started the fire, but what it does next.

Australia’s synoptic pattern of highs, lows and fronts changes from day to day. In summer the whole continent can be covered by a huge low, and in winter by a high. But typically in spring, the highs and fronts move from west to east. This stuff doesn’t just ‘happen’ – it’s all a result of physics. Thankfully, after a couple of hundred years of studying physics, atmospheric scientists can now predict these specific patterns, with, I would say, amazing precision, at least four days out. That tells you how good their models are.

You can go to the BoM website and see for yourself. If it’s late spring or summer, and the prediction for four days in advance is that special pattern of a high pressure cell centered off the east coast, and a front sweeping in along the south – wait and see what happens. When it does, give the climate modelers their deserved kudos.

But don’t stop there. Modelling Australia-wide weather patterns over time spans of four days is an example of what thousands of smart, dedicated researchers have achieved. Thanks to those people we can scale up, and now have a pretty dammed good idea of how our Earth system works, right now, over past thousands and millions of years, and how it is likely to work in the future.

Best wishes to all tomorrow…..