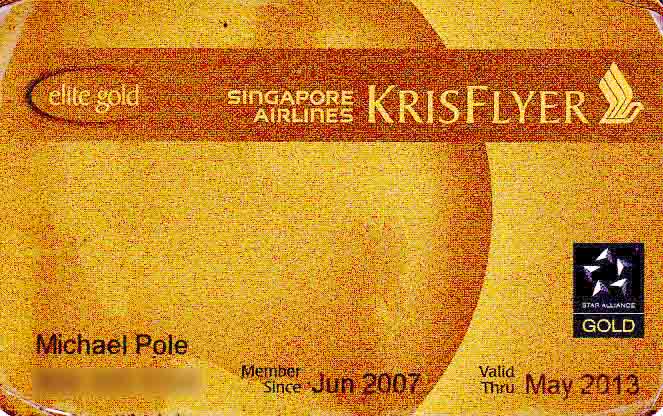 I loved my Singapore Airlines ‘Elite Gold’ card. Suddenly, International airports transitioned from being places where food and drink were wildly overpriced, to …. free. When I stuffed-up and missed flights, or political rules changed and I couldn’t board an aircraft – instead of costing hundreds of dollars, the issues were quietly and politely taken care of. I’ve spent several nights in the KrisFlyer Lounge at Changi Airport, helping myself to pumpkin soup and red wine in the evenings and muesli and yoghurt in the morning. And of course, free wifi.

I’m a product of my culture and my times. In New Zealand there is an expectation that you travel abroad at some point. The joke is that one can get their BSc, PhD, and their O.E. (Overseas Experience). For most kiwi travellers this translates into a year or two working and travelling abroad. I did an O.E. but many more trips as well. As a traveller I’ve accumulated nearly 80 countries. Country-totals are a kind of currency travellers use, something that gives them a bit of street-cred. But I’ll be the first to say that most of those countries in my list have been grossly superficial visits. Many have been just single, brief trips, but others I have been to multiple times.

Somewhere, we kiwis believe, there is a point to our travel. It’s to make us better people, appreciate our own country more, that sort of stuff. But is there a down-side? Somewhere I read a comment that slipped into my subconscious, as good propaganda does, that air-travel was an insignificant contributor to global warming. Blame it on heavy industry and power-generation, don’t worry about your air-miles. With an answer that I wanted to believe in, I didnt worry.

Cruising Amazon for Kindle-content last year, I happened upon a thought-provoking book, “Beyond Flying” (edited by Chris Watson). It means exactly what the title implies – it’s an analysis of how bad flying really is (it’s really bad) and explores the implications of a post-flight world. More specifically, each chapter is written from someone who has voluntarily given up flying. It was in this book (Chris Brazier’s chapter) that I came across the flight amount category of ‘Insane’. I took that to be somewhere above ‘Frequent’. The lower border of the ‘Insane Flying’ category is not defined, but the chapter hints at it by citing UK Dept of Transport figures that only 4% (of one of the richest nations on Earth) took four or more flights per year. This was a pretty clear indication that I’m in it.

Not far from home – Lake Wakatipu in the distance.

As two of the contributors (Anirvan Chatterjee and Barnali Ghosh) in ‘Beyond Flying’ point out, you can be the greenest person you know (walk/cycle to work, recycle, don’t use air conditioners) but as soon as you make one long-haul jet flight, you’ve just blown it. You may as well have been a daily car-user. And that hurts.

‘Beyond Flying’ builds on George Monbiot’s earlier, and thoroughly researched book ‘Heat’, so I tracked down a copy of it too (in a second-hand shop in Brisbane, though since then, a Kindle version has appeared). ‘Heat’ is an analysis of how humans might replace fossil-fuels with other ones. Monbiot came up with various technological answers for various activities. He found, in other words, ways to make the books balance. But when it came to flying (jet-flight), his answer was simple and unequivocal – Don’t.

This, of course, set off a howl of inner indignation in me.

‘But – I’m a New Zealander! I live in the most isolated country on Earth. I have to fly to see the world.’

Now the folks who wrote “Beyond Flying” knew that me and my fellow kiwi travellers would react like this. So they pointedly included a couple of other Australasians who have given up flying. Now those people are commendable, and I take my hat off to them. But really? This means the end of international travel, bar finding a boat to get me out of this place? Even one of ‘Beyond Flying’’s contributors (Nic Seton) gave up trying to get a boat between Australia and Asia and finally took a flight.

I’m not a Brit who can courageously forego flying and instead, take the bike to Paris for the hols, or even to Singapore via the Hindu Kush if they felt like it. No, I’m a bloody kiwi. Isn’t there a way-out? Can’t we be exempted from this?

My pathology is an unfortunate combination of a mania for collecting, added to finding it hard to throw anything out and, worse – wanting to catalogue what I accumulate. This odd way that my brain works told me it was time to work out, just how many flights were made in racking-up those 80-odd countries. And, and from there, the point of the exercise, work out what my personal impact, in terms of carbon dioxide emissions, was on the planet.

So I started with boarding passes. Not having thrown any out of curse, I dug up little stacks of these all over the place. I know there will be more to find – they will be slotted in the pages of whatever book I was reading on the flight (How many books do I have? Let me check my database….. 856), but beyond a few I’ve given to employers, I will have most, somewhere. Then I scanned them all – all 359 of them, and entered them into a database. It’s then that I realised airlines seem to have had an infuriating aversion to including a year on a boarding pass. This seems to have changed in recent years, but I have a whole bunch with just days and months. Most boarding passes are at least on solid card, but a few of them are on paper – currently very blank paper. These airlines, or rather, just one airline, has (commendably, maybe) cut costs and resource-use to a point where the ink rapidly fades and the information that was once on your pass, has vanished (Mr Branson, I’m looking at you).

So then I turned to the paper or email record of tickets, and travel-agent itineraries. These recorded flights that I currently don’t seem to have passes for, although some of them could be the faded ones. For other trips I made for which I still haven’t found any documentation, there are my diaries. After marrying the two lists on a relational database, followed by a bit of editing, I came up with a provisional, minimum figure. And it’s kind of astounding.

I seem to have made more than 500 flights.

This is a sobering figure. In ‘Beyond Flying’, John Stewart pointed out that only around 5% of the worlds population have ever actually flown and Chris Watson added that perhaps just 1% are responsible for 80% of all flights. I’d guess I am in that 1%.

For better or worse, many of those flights are ‘long-haul’, rather than a daily commute. These were getting me from New Zealand to somewhere on the other side of the planet. Some of them may as well be called a long-haul commute – for instance, I’ve done the Singapore-Brisbane run no less than 20 times and flown across ‘The Ditch” (The Tasman Sea) at least 50 times. But many flights just got me between islands (North and South New Zealand, or Tasmania and the Australian mainland) for which there is a good (if slow) option of a boat

Evening flight past the Kaikoura Mountains.

So how to take all this to the next level? It would be simple enough to add flight distances, and come up with a useless total in terms of the distance to the Moon perhaps. But what I want to know is something meaningful. Specifically, how much carbon dioxide has my travel, pumped into the atmosphere? This has become a hot topic (that’s too bad to be a pun, so it’s not) and there are several websites that purport to help you do this. I’ve chosen to go with one, because it documents the method behind its calculations – a good sign. Its the International Civil Aviation Organization (ICAO), which is an agency of the UN.

There are all sorts of complicating factors in trying to work out individual air traveler emissions. For instance, the length of the flight (longer ones involving lots of ’cruising’ are more economical), the type of plane typically used on certain routes, weather patterns (tail-winds are good), and so-on. The ICAO methodology at least makes an effort to confront these.

So I entered the various routes I have flown (Quick database check – I’ve flown more than 176) into the ICAO website, plugged the indicated carbon outputs into my database of actual flights – and got my answer.

My personal carbon dioxide contribution from jet travel comes to over 80 tonnes.

This is a provisional figure, but its going to be close enough to work with. To give it some sort of perspective, a flight from New York to London generates about 358 kg of carbon dioxide.

I’m a researcher who is familiar enough with the science and literature of climate change, and from that perspective, I realise my carbon emissions are part of the problem. Frankly, they’re appalling. Can I make up for what I have inflicted on the planet? Or better still, can I take care of future flying in ‘real-time’? In other words – have my cake and eat it too? Is it as simple as planting-trees? Apparently not (in fact, the little patch of New Zealand that I bought to re-forest, is probably doomed to be flooded by sea-level rise). Mitigation of carbon emissions turns out to be a complicated subject but something I very much want to get straight in my own head. Future posts will explore this. I’m looking for a way out of course. An exemption. Straws to clutch at perhaps.

But Nature, of course, doesn’t negotiate.