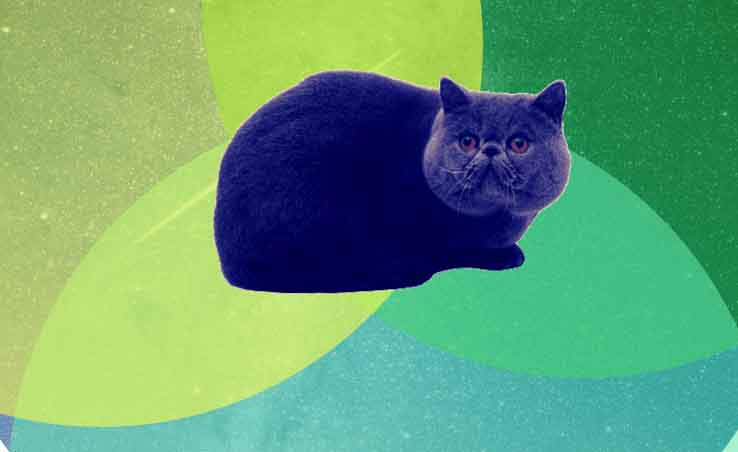 Last week I checked my email, to find that I had been nominated for the Content Catnip award for Most Interesting Blog on WordPress. That was a nice start to the day – thanks a lot!

Content Catnip describes itself as “a quirky internet wunderkammer written by an Intergalactic Space Maori named Content Catnip, although that’s not what’s really on my birth certificate.” I’ve been keeping an eye on the site for quite a while now, as it posts just the right range of things that intrigue me (also on Twitter) .

To accept the nomination I have to bare-all by answering a list of questions. Here we go:

What made you start blogging?

The original intention of my blog was to be a kind of extension to my CV. As in “for more detail, see my blog”. It worked wonders. Thousands of high-paying job offers rolled in. Head-hunters fought each other to get some time with me. When I recovered from all the attention, it became a way to structure and record my evening eating-out during my year in Nanjing (thought it might help other ex-pats who live there) and also to communicate some of my research to a non-scientific audience. After that, I thought long and hard about the ‘travel blogger’ thing, but figured it’s just not me (There are enough people travelling without needing me to encourage them). The blog has become very travel-oriented, a little too-much.

Why do you enjoy blogging?

I like writing. And blogging is a kind of excuse to chase up threads of research, travel, and try to meld them together.

Explain your blog in one paragraph…

Christ, this sounds like the famed ‘elevator-pitch’. Aren’t there skilled, extremely well-paid people to come up with these things? My by-line is ‘Travelling to understand time and place‘, and that is still the most concise way I can think to describe it (and by extension, me). It’s not there yet, but I’d like to see my blog trend towards something useful – another little attempt to get people to understand their world, either by trying to explain Earth systems, or cobbling together more esoteric bits and pieces.

What kinds of topics are you really passionate about and why?

The ones I am most passionate about (the things I might pick up a pitch-fork about) are social justice and the on-going ecological disaster (please, no diversions to whether I should say ‘global warming, ‘climate change’ or ‘ecological apocalypse’ – you know what I mean). The topics that I’m into range from New Zealand’s prehistory (mainly its vegetation and climate), sedimentology and stratigraphy, archaeology/prehistory and ancient costume and jewellery (mainly European Bronze Age to Migration Period), computer graphics, linguistics, human genetics, legends, forests, photography and the supernatural.

Why? That’s much harder to say. Frankly, I’ve always suspected there was a genetic base to it. But basically it’s just curiosity about how the world works.

If you could choose to have 5 people (famous/not famous, dead or alive) at your house for a dinner party, who would you choose?

2. Joan of Arc (have you read her court transcripts? She was one smart, feisty chick)

4. George Orwell (as well as being such an insightful writer, fascists pissed him off enough for him to travel to Spain and shoot the bastards).

I don’t think anyone has ever really changed my life, at least in the sense of being a mentor (which I suspect is what you are asking). So I’ll take some liberties and give a few call-outs:

At Primary School, my Form 1 and 2 teacher, Ian McNeil (who died just a couple of weeks ago), was much respected and well-liked. So much so that his class has always though we were kind of especially cool, and have had some reunions since. He always encouraged my interest in things geological and archaeological.

In high school, my Biology teacher, Peter Child, was well-known as an ornithologist and general naturalist. He knew of my interest in the relict forest patches of Central Otago, and suggested I go and look the trees high in the gorge of the Waikerkeri, above Clyde. Still at high school, I got to meet a couple of scientists in the Otago University Geology Department. There was Dr Bob Carter – who went on to become Australia’s leading ‘denier/critic/skeptic’ of anthropogenic climate change (Hmm, blog post on him coming up), but he was encouraging. Then there was the late Prof. Doug (‘JD’) Campbell, who became my PhD supervisor and was always encouraging in his quiet way.

I come from a bit of a photographic family, with mother, father, sister and some grandparents into it in one way or another. I took photos from a young age, but it wasn’t until a fellow Geology student, Ian Clark, got me going with developing my own black and white films and making prints, that things became serious. That started off about four years of being a professional portrait photographer and three solo exhibitions.

During my time at the University of Queensland, there was Dr Davis Yates, who was instrumental in me getting my position at the UQ’s Center for Marine Studies. That was a kind of dream job, with really great students and a wonderful team of colleagues in CMS.

But when higher-level University crap became intolerable, I jumped ship (Dr Joan Esterle was key there) to Chairman ‘Mo’ Munshi’s “family” of companies as a geologist. ‘Dream Job’ doesn’t start to describe the next five years in Mongolia, Indonesia and Turkey. It was a big change in life, and very much for the “better”. However, Mo is currently about two and a half years into a seven year term in a Mongolian jail (after a two-day trial, go-figure).

Name 5 books, or films or pieces of music that you love…

Music: ‘Golden Brown’ by The Stranglers (song is amazing and the video downright inspired); ‘Gravity Grave‘ (Glastonbury version) by The Verve; and of course, the greatest song of all-time, ‘Echo Beach’ by Martha and the Muffins.

Books: ‘The Dark is Rising’, and the rest of the series by Susan Cooper. Btw, I think traveling to visit fictional places is just a bit daft, but sooner or later I’m going to go on a Dark is Rising travel itinerary…

Movie: ‘The English Patient’ based on the book by Michael Ondaatje (No other movie comes close)

OK, that’s five, but I’ll squeeze in Jethro Tull’s ‘Living in the Past‘ too!

Name one place in the world you want to go…

The Amazon. Can’t believe I still haven’t made it.

If you could go back in time and visit one era or civilization during history, where would you go and why?

As a palaeobotanist I’ve often wondered about what prehistoric era I might visit. Would it be the Early Miocene, or the Early Eocene, or even the Jurassic? But since you’ve asked for a “civilisation”, I guess it would be the ancient Minoan. Was it really as peaceful as it’s supposed to have been? What did the Minoan women actually wear? I made it to Santorini this year. It is the ancient island of Thera, part of the Minoan sphere, and its volcanic eruption has been fingered as a cause for the downfall of the civilisation.